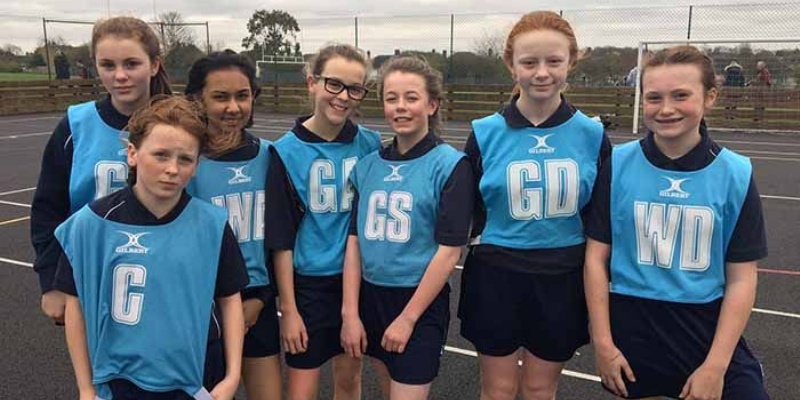 The year 7 girls netball team took part in the district netball tournament at Bishop Stopford where they missed out on the semi finals by only two points.

There were 11 schools that took part in the competition, which was divided into two pools. Competition within the Brooke Weston pool, which included Montsaye, Prince William, Latimer Arts College and Corby Technical School was tough but the girls were excited and ready for the challenge after being undefeated in the league matches.

The girls played well during their five games losing two, drawing one and winning one. They demonstrated sportsmanship throughout the entire tournament and were always eager to congratulate their opponents on a great match. Team captain Emily Cartwright did a fantastic job making sure all the girls knew where they were playing and coached them when they were struggling.

It came to the last game which was against Corby Technical School and the girls were determined for a win, putting in one hundred percent effort in all areas of the court and managed a six nil defeat. Only the top two teams made it through to the semi-finals and the girls had to wait anxiously to see if they had done enough. Montsaye had won all of their games and Latimer had the same results as our team which meant it went to goal difference with Latimer narrowly beating us by two goals meaning we just missed out on the semi-final place.

PE teacher Miss Rachel Marsh said ‘The girls did us proud, they worked so hard and had sheer grit and determination through every match. They knew that nine minutes is a short amount of time and anything can happen but they kept pushing right to the final whistle on each match.’