Students to Perform at the Core at Corby Cube 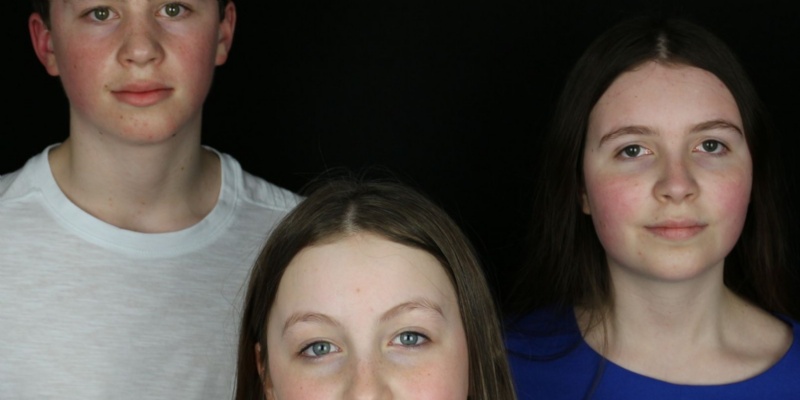 Good luck to siblings Jasmine, Kyle and Savannah Clifton in year 13, 11 and 8 respectively, who will all be performing on stage with the Genesis Schools and Agency at the Core at Corby Cube on Saturday 2nd July. They will be presenting The End of Now; an original musical commenting on today’s society and humanity’s addiction to technology, with script and original songs by Sara Charles and choreography by Anoushka Jeacocks.

Jasmine, Kyle and Savannah are all passionate about musical theatre and have been rehearsing every Saturday in preparation for the production. They joined Genesis Theatre School seven years ago and have performed in various roles over the years.

Jasmine studied Drama at GCSE and A’ Level and this will be her last performance with the cast before attending university in September, but has plans to join the Drama Society at university.

Kyle also studied GCSE Drama and is hoping to continue at A‘Level when he returns to the sixth form at Brooke Weston Academy in September.

Savannah was part of the cast in the recent Brooke Weston Academy production of High School Musical On Stage, entertaining the audience as East High announcer Jack Scott. She plans to study GCSE Drama and Dance and hopes to progress further in the field.