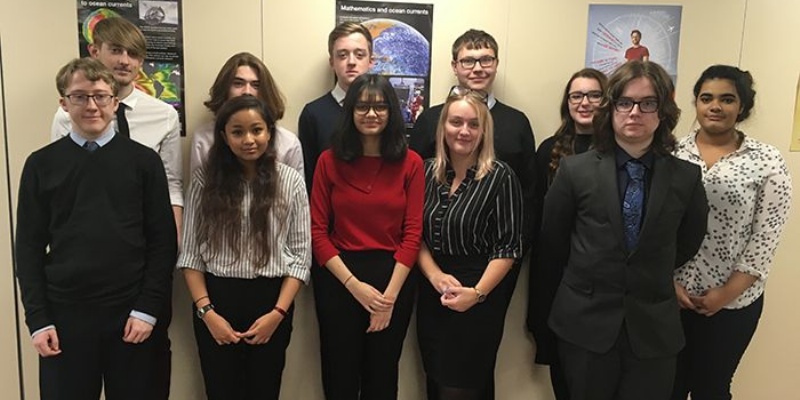 A group of Year 12 students visited the university of Warwick to explore the wonders of physics with some of the top physicists in the country.

More than 800 students attended the day of phenomenal physics full of inspiration, challenge and engagement.

During the day the students attended sessions on; Measuring temperature with sound, How to build a particle accelerator, Electrifying the voice, The weird world of quantum physics, Shining light on the brain and a special session on examination success provided students with the tools to excel when taking exams.

The sessions were both entertaining and informative and included a Mexican wave with blow up balls illustrating how electromagnetic waves can move particles along and how an old-fashioned light bulb could revolutionise hospital brain monitoring by measuring brain activity in babies.

Head of Physics Mr John Gilyead said ‘Some of the day was focused on the curriculum, however, a lot of it wasn't so it helps to broaden the students knowledge and their awareness of where physics is going.

‘One of the things they spoke about was that students will probably go into jobs that aren’t even created yet. I think that is an important point. Technology is changing and evolving so much that at the moment jobs of the future don’t currently exist. That is very exciting. The day also allows the students to see where the cutting edge of physics is going and gives them a chance to see experts in their field who are good communicators.’

Year 12 student Abigail White said, ‘I thought the day was really enlightening because it covered a broad spectrum of physics applications. It wasn’t just normal physics that you would expect to see it incorporated it’s applications into architecture and medicine and we got to see people who had done so much of what we have already learnt to help the world.

‘It has invigorated me to want to learn more, not just about the things we do in class but in everything and it’s helped me realise that things I learn in physics can also help me in chemistry and maths and I’m going to be able to inter-link them better to help me to remember things.’