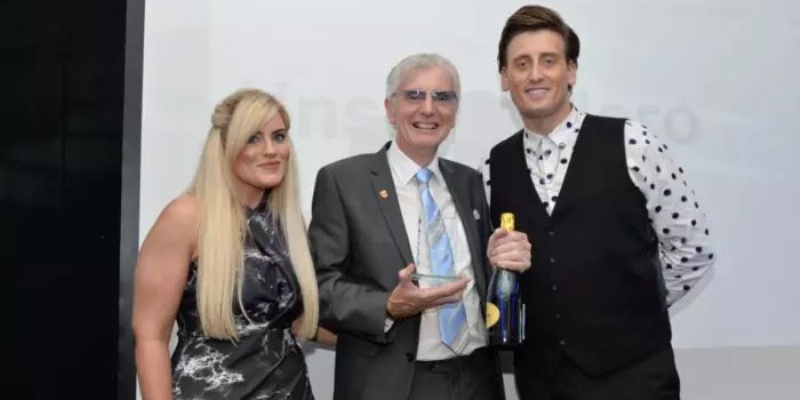 The awards, run jointly by the Northampton Chronicle and Echo, Northants Telegraph and Daventry Express, took place at the Kettering Park Hotel and were hosted by Jon Moses, finalist from the ITV show Andrew Lloyd Webber’s Superstar.

Paul won the award for ‘Hard work and determination’, ‘Unsung Hero’ and the overall award of the evening the ‘Kettering Park Hotel Choice Award’.

Paul has such a positive effect on so many people, young and old and works tirelessly for his local community asking nothing in return. He runs a music youth club on Saturday afternoons, is a member of the Oakley Vale Arts Panel, teaches guitar to youngsters, often free of charge and is a founder of Corby film week.

Through HD Media - a local community interest company founded in September 2014, he gives young people on the job, practical training to help them realise their dreams of working in the film/TV industry. Fourteen of his trainees have recently achieved AQA qualifications and three who have just left school have gone on either to take up media apprenticeships or media courses.

Paul said ‘I didn’t expect to win; in fact I didn’t even know I had been nominated for two of the awards! It was a bit of a shock but it’s nice to be noticed and awarded for the work that I do as it gives you a lift and keeps you going.

‘Community is important for everyone and for me it is about building a strong community for my son to grow up in. People are becoming very insulated on their phones and laptops and they need to break away from that and become engaged in their community and what is going on around them. I am happy that I am able to help my community grow and help other people get involved with new projects or interests, it can be hard work but it is incredibly rewarding'.