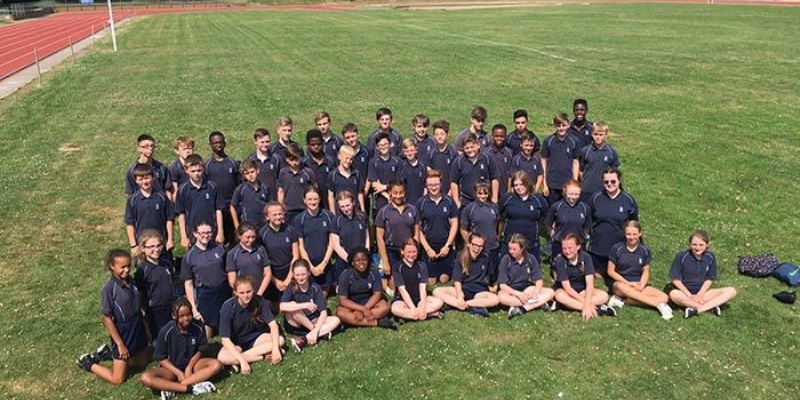 Congratulations to students in Years 7 and 8 who took part in the first Trust Sports Day at Peterborough Athletics track and succeeded in winning every category and the entire competition.

Congratulations to students in Years 7 and 8 who took part in the first Trust Sports Day at Peterborough Athletics track and succeeded in winning every category and the entire competition.

All of the Trust Schools attended the event - Brooke Weston, Corby Technical School, Kettering Science Academy, Corby Business Academy and Thomas Clarkson and students took part in traditional sports day events, which included the 100m, 200m, 800m and 1500m along with long jump, high jump, shot, javelin and discus. The concluding event was the relay where each year group was spilt into boys and girls teams.

Brooke Weston dominated in all of the events and won the majority. Some highlights of the day included Myah Brown in Year 8 and Maddy Moxley who were fantastic in the 1500m girls event storming to victory from the start. Year 7 student Ryan who entered at the last minute due to an injury, competed in the 800m and kept a steady pace sitting in second place for the majority of the time until the last 100m when he put everything he had left into catching the front runner and succeeded in winning the race.

Overall there were four competitions, Year 7 girls, Year 8 girls, Year 7 boys and Year 8 boys- with points being added together and an overall winner being declared. Brooke Weston won all four categories making them the winners of the whole competition.

PE teacher Miss Barber said ‘The first Trust Sports Day was an amazing event and an exceptionally hot day. All of the students we took did themselves proud and to come out winning all four competitions was fantastic. They really routed together, supported and cheered each other throughout the entire competition and I was incredibly proud of all of their performances.’