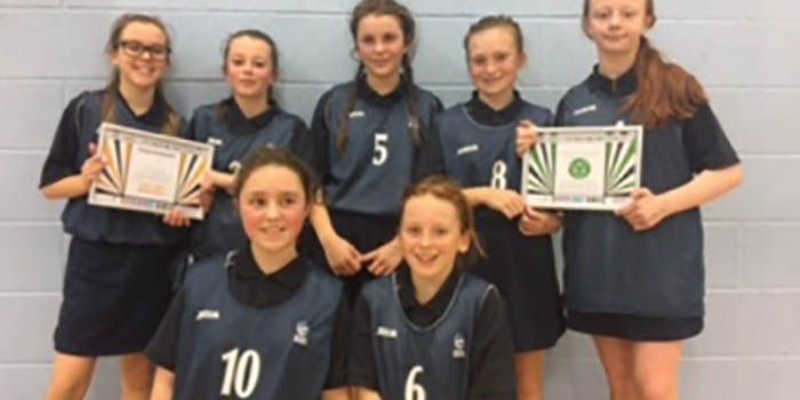 Our Year 7 girls’ basketball team is celebrating after winning all their games in a recent tournament and qualifying for the next round representing Corby district.

The team faced opposition from six other local schools at the Partnership Festival basketball qualifier at Corby Technical School. Brooke Weston won every game and the final, against Corby Business Academy, was extremely tense as our girls finally won the match by just one basket.

They go on to compete at the Winter Games at Kettering Leisure Village next month representing Corby, Oundle and Thrapston and will play district teams from Wellingborough, Kettering, East Northampton, South Northampton and Daventry.

The opening ceremony will reinforce the School Games values of teamwork, determination, respect, honesty, self-belief and passion before competing in the tournament.

PE teacher Miss Marsh said ‘This was the first time I have watched Year 7 compete in a tournament and I was blown away with their skills and how well they worked together. Their determination and self-belief gave them an edge over their competition allowing them to win every game. I am so proud of all of them and look forward to watching them at the Winter Games.’