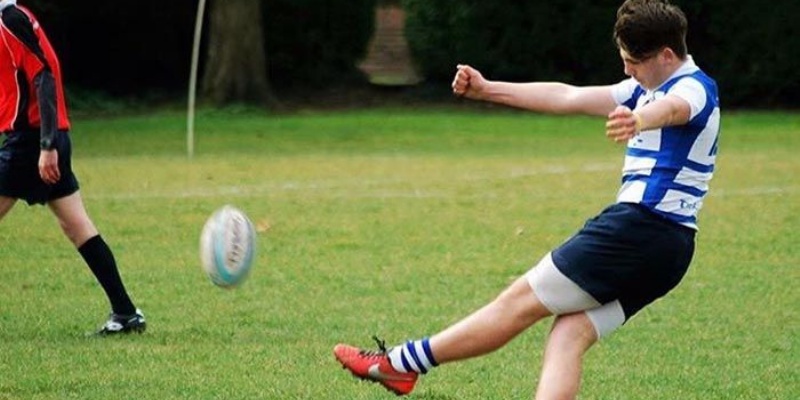 Tommy has been a part of the East Northants Development Player Programme and recently got moved up to the Northampton Saints Youth Academy where he has now been selected from 50 players for the prestigious tournament at Sheffield University where the top scouts for England and regionally will be watching to find their new players. Tommy said ‘I am so excited about being selected to play for The Saints, the first thing I did when I got selected was run down to my form teacher to tell her. My dad sent me the email that showed the selected team and I was on it. I have been playing rugby since I was six years old and it is sheer hard work and determination that has got me to where I am now. I have been dropped from teams before and twisted my knee on a number of occasions, but I haven’t given up on my dream and practice up to four times a week.’

Northampton Saints aren’t the only team to have shown an interest in Tommy’s skills on the rugby field with another local club already offering to sign him he already has more than one option to choose from. ‘I play fly half or inside centre. I love my position because I can monitor the game and I’m in charge. Rugby is a tactical and skilled game, which is why I enjoy it so much. I love playing and my goal is to play professionally and represent England.’

PE teacher Miss Jodie Barber said ‘ I think everything that Tommy has accomplished is amazing. I have been Tommy’s tutor since he started in Year 7 so I’ve followed his rugby career all the way through, he has had to have a few days off school this year to attend rugby matches but has always caught up with any work that he misses when he is off. I am so proud of him, he has worked extremely hard for this and I know that he will play to the best of his ability during the tournament showing everyone what he is capable of.’