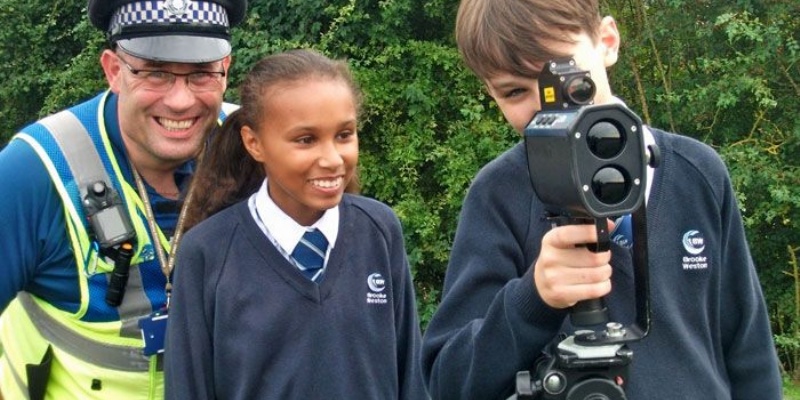 Two Year 8 students got to grips with a police speed gun during a recent driving awareness initiative aimed at cutting road deaths. Project Edward is an acronym for European Day Without a Road Death.

PCSO Alex Franklin said: ‘We have done a tour of schools and some of the young people have been out using speed guns around their schools. As you point the gun a laser beam strikes the car and measures the speed. If you are steady enough you can even catch motorbikes. It measures the speed they are doing and the distance you caught them at. Today is all about raising awareness of the fatal four; speeding, drink driving, not using seatbelts and distraction driving.

Students Chantelle Chambers and Callum Broomfield were the two students from Brooke Weston to take part. Chantelle said: ‘I’ve been doing it for about 15 minutes. The speed limit near the school is 20mph and cars have been slowing down when they see us. It’s been fun!’