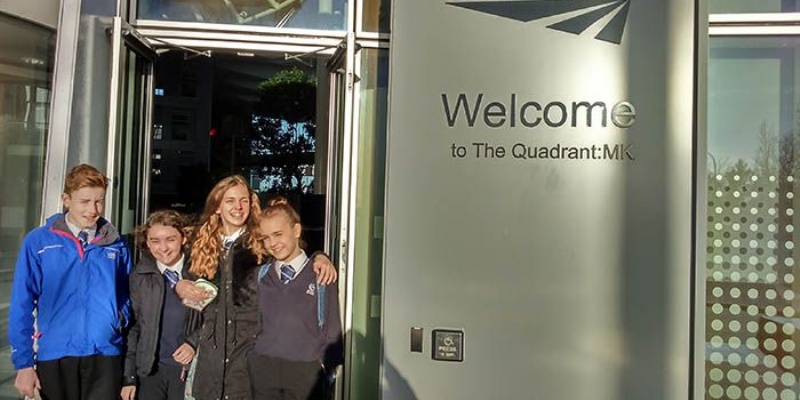 Following the Engineering week students participated in at the start of the month, where Network Rail led STEM days (science, technology, engineering and maths) at ten schools across the region, four students, Imogen Lincoln, Matthew Brown, Tate Eppy and Amelia Sulch along with science teacher Miss Reynolds were invited to visit their headquarters in Milton Keynes for an experience day.

The four students were chosen for being particularly engaged and working well as a group and were amongst eight other schools from the midlands taking part in the day.

During the day students participated in presentations from three different engineers discovering what their jobs involved, which was of great interest to the students who were extremely engaged and asked lots of questions.

A tour of the headquarters was included in the morning giving the students a real sense of what it was like to work there. The building was very modern with open spaces, break out areas and the latest technology.

Network Rail graduates ran the event as part of their training and organised an afternoon coding and programming an infrared remote to operate a train on a model railway. The students had instructions to follow and had to work as a team to write a programme and test it to see if it worked.