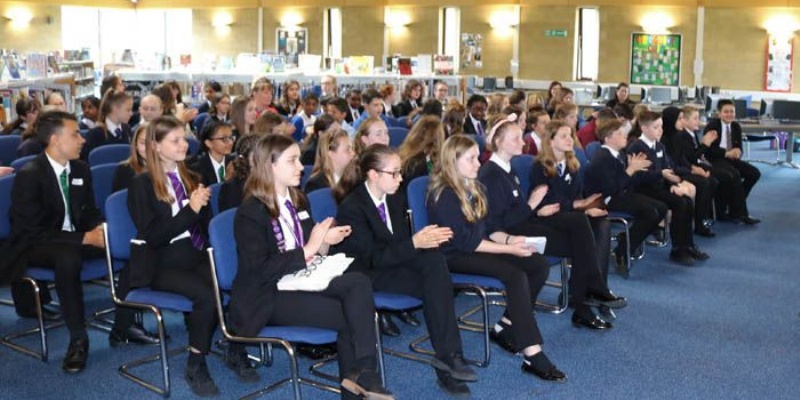 Students from Brooke Weston Academy, who took part in the shadowing event on Friday have just finished watching the live streaming of the Carnegie / Greenaway Awards Ceremony which was held at the British Library in London and hosted by TV presenter June Sarpong.

It was great that the students had the opportunity to see the official results being announced live and they were all eagerly waiting to see if the results matched their favourites that were voted for at the Brooke Weston Trus event last week.

The official winners were ‘Where the World Ends’ by Geraldine McCaughrean for the Carnegie Award and ‘Town is by the Sea’ by Sydney Smith for the Greenaway Award.