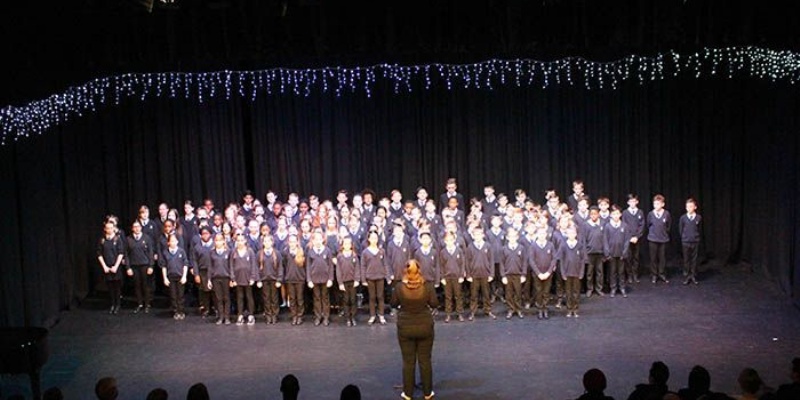 Performing Arts teacher Miss Dawn Willis said ‘The night was just a fabulous collaboration between staff and students from Year 7 to 13. The students worked amazingly hard, they were fantastic in rehearsals and it was so nice to see them watching each other and showing their support. They all really enjoyed it and were buzzing during the entire evening. The show boosted their self esteem and confidence levels, and helped to prove to themselves that they can get on a stage and perform in front of an audience. The positive feedback they’ve had from it will have an impact on them generally and in lessons as well.’

The show lasted an hour and tickets sold out within a few weeks raising over £1,000 that will go towards future PA performances. Miss Willis said ‘Our aim is to give as many students as possible the opportunity to perform and work together. In my experience, giving students the chance to collaborate with different year groups is a fantastic opportunity as they learn so much from each other and it gives the younger students something to aspire to as they see the work that can be achieved giving them ideas about being involved with PA in the future.’

‘The feedback we received from parents has been extremely positive and it was really nice for them to engage and have a positive experience with their children. We plan to stage a musical in the summer and a variety show later in the year and as tickets for this year’s show have been in such demand, we may look at adding an extra night next year.’