Colourful Alice in Wonderland themed dresses made by Brooke Weston students were displayed at a recent exhibition in Kettering.

Colourful Alice in Wonderland themed dresses made by Brooke Weston students were displayed at a recent exhibition in Kettering. The ‘Looking In Wonderland’ event over the summer showcased the work 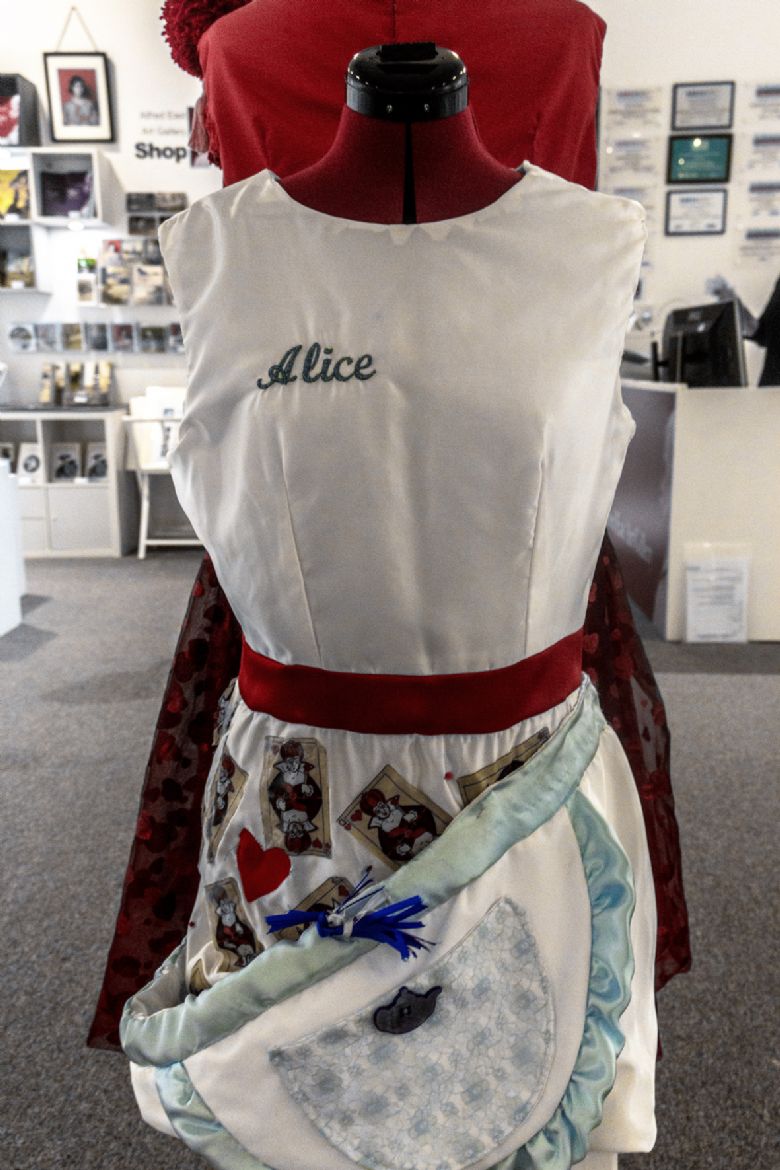 of the Alice books’ first illustrator, Sir John Tenniel and the dresses were on display alongside prints of his original artwork.

Brooke Weston Academy was approached as students had made Alice-inspired dresses as part of the GCSE textiles coursework a year ago. Teacher Selina Moore sent over five examples of different dressesand those by students Evie Pringle and Aimee Walsh made it into the final show.

Miss Moore said: ‘We were delighted to be able to supply these costumes, which provided a colourful counterpoint to the black and white block printed illustrations on display. The Alice books have been a source of inspiration to artists and designers since they were published in the late 19th century and I am thrilled that our 21st century creative work has been displayed alongside the artwork that inspired it.’