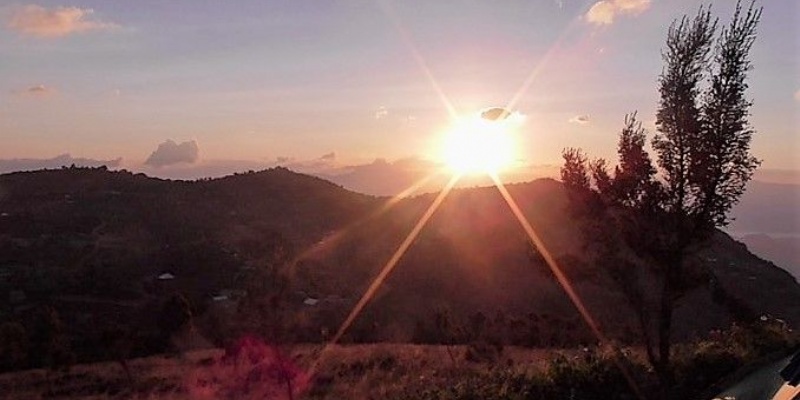 A dozen students from Brooke Weston Academy had the experience of a lifetime, climbing mountains in Tanzania and trekking with the Maasai. As part of their 21-day adventure the students also built a classroom in a local school and had a day-long safari, as well as time for rest and relaxation at a beach resort.

The students, from Years 10 and 12, raised funds for the trip themselves and were accompanied by teachers Dawn Willis and Jenny Strydom, plus a rep from Outlook Expeditions. Ms Willis said: ‘We flew into Kilimanjaro and spent the night in Arusha, the main city. We drove 12 hours to the Usambara mountains and spent three days trekking and actually camped on the summit! It was phenomenal waking up and seeing the view over the mountain.

‘After that we spent a week in a school and helped 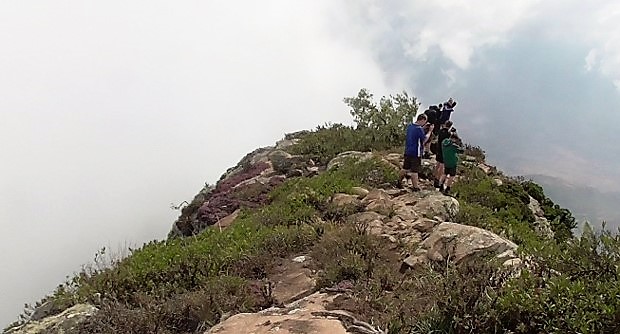 with cementing, plastering and painting. By the time we left there was a finished classroom and we used the outlines of our bodies to paint murals of ourselves on the wall. Some of our students taught lessons. We played games and sports with the children and they are so competitive and have such high aspirations. We appreciated how lucky we are by what we have, in comparison to what they don’t have.

‘We drove back to Arusha and went to Mount Longido where we trekked with the Maasai tribe and spent two days camping with them. It was amazing and the Maasai were absolutely phenomenal. We had walking boots on and they were going up a mountain in flip flops! They were lovely people and at night guarded the fire because there were buffalo around. I had never felt so safe in all my life!

‘Then we went on safari. The guides were brilliant, how they spotted some of those animals was beyond me. From there we drove to Bagamoyo where we had a couple of days relaxing on the beach and swimming in the hotel pool.’

Student Ella Cummins from Year 10 said: ‘The highlights were meeting the students at the school and the sense of achievement at the top of Mount Longido, because that was a very hard mountain to climb. The best bit was probably the safari. We saw elephants, zebras, giraffe, wildebeest and cheetah. 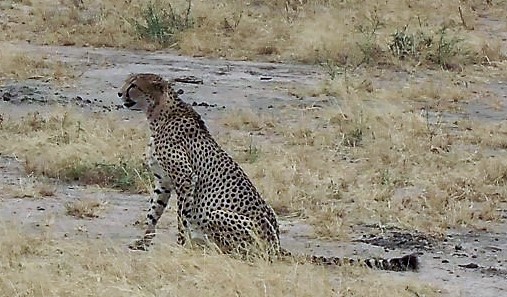 ‘Also I learned to appreciate what we have in England. They have one laptop for the whole school and there are 60 students in a class with two or three people at desks meant for just one.’

The trip built teamwork and resilience in our students and their behaviour throughout was exceptional. Ms Willis said: ‘Everyone got on so well. On long journeys the students kept each other occupied and when people were struggling on treks they shared sweets and carried each other’s bags. I couldn’t have asked any more of them. They were absolutely amazing and saw the positive in everything.

‘The students learned that they were capable of far more than they thought and it is about getting out there, seeing the world and exploring it. It was a brilliant and unforgettable experience.’