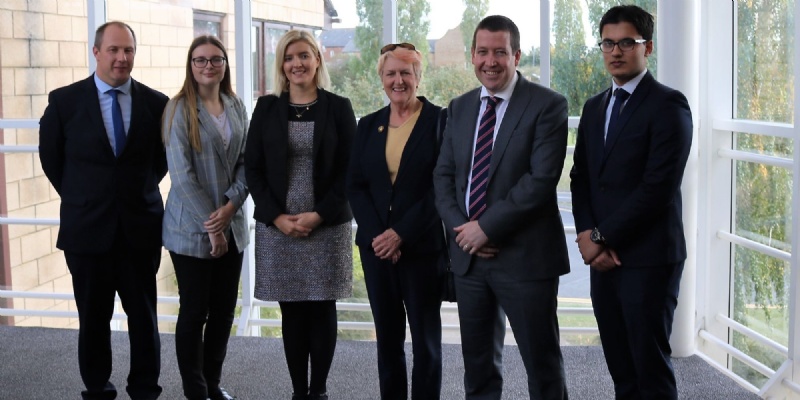 Brooke Weston Academy hosted a talk from a member of the House of Lords to encourage students to become more engaged with the political and parliamentary process.

Baroness Young of Old Scone met Sixth Form students to talk about the work and role of the House of Lords, followed by a question and answer session on various aspects of the parliamentary process and life at the Houses of Parliament generally.

Director of Sixth Form, Nina Smith said: ‘This was a fantastic opportunity for our students to interact with someone who knows the parliamentary system inside out, as it can sometimes seem far removed from their daily lives, but this has given them a thorough insight into the workings of Westminster.’

The visit was arranged through the Lord Speaker’s “Peers in Schools” outreach programme, which was established across the UK in 2007 and has so far involved around 90,000 young people. Members of the House of Lords visit schools, academies and colleges to give talks in support of the citizenship curriculum. For further information, and to make an application, see the Lord Speaker’s web page at www.parliament.uk/lordspeaker.