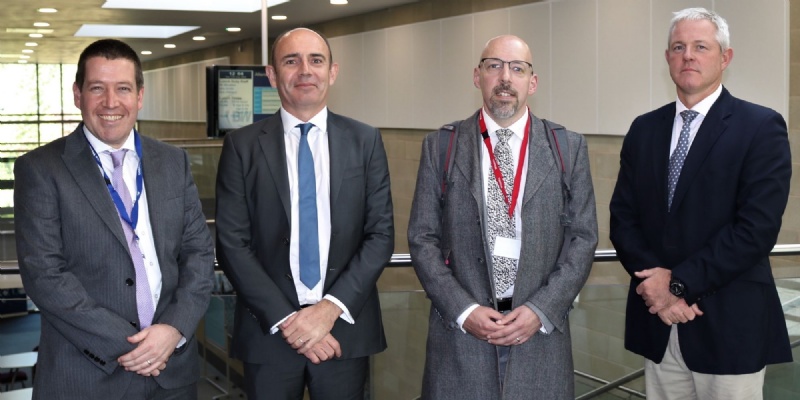 Brooke Weston Academy was delighted to show an ESFA Project Director around its newly completed energy reduction project, where LED lights and PV Solar panels have already yielded thousands of pounds worth of savings in their first few months of operation.

Brooke Weston Trust’s Estates Director, Matt Isherwood and Buildings Manager Shaun Houghton showed Tom Mason, the Project Director of Bid-Based Funding around Brooke Weston Academy, which is just one of the Trust schools that has had energy efficient technologies introduced in a joint venture with another Academy Trust.

The decisions regarding the investment strategy for 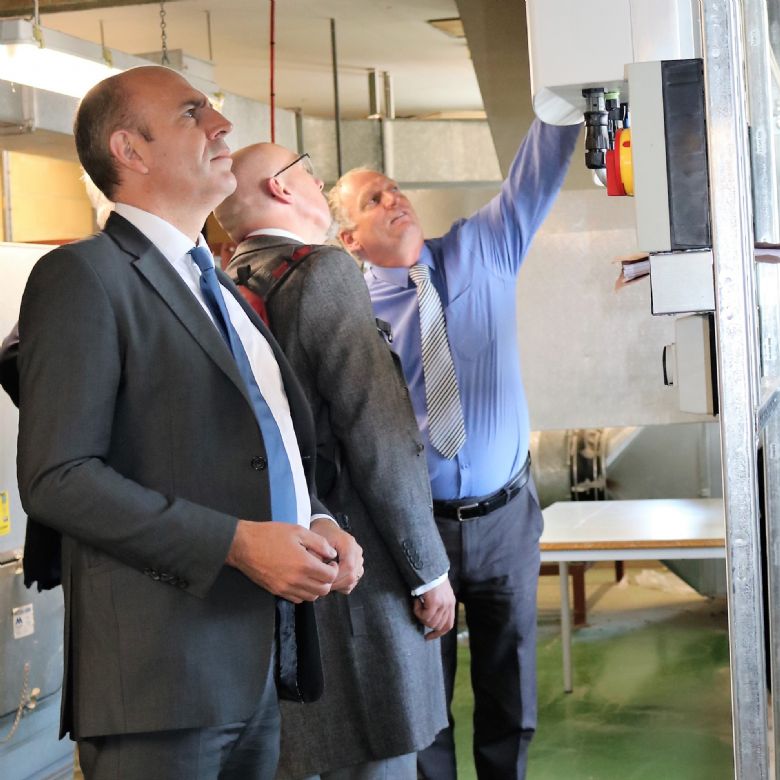 the project were informed by interrogation of the estates data held by the Trust which saw the installation of a combination of LED lighting and photo-voltaic cells, introduced at BWA, Kettering Science Academy, Corby Business Academy and Beanfield and Peckover Primary Schools. They are estimated to generate savings in excess of £1m over the course of their lifespan. Already Brooke Weston Academy is seeing significant savings on its energy bill with the LED lights consuming considerable less electricity and the generated electricity from the PV cells providing electricity at 5.2p per unit with excess electricity being exported back into the National Grid.

Mr Isherwood worked with his opposite number at Ormiston Academies Trust to secure loan funding for the project and so the ESFA wanted to come and assess the impact that the project has made so far.

Mr Isherwood said: ‘I was delighted to show Mr Mason around the site and explain the advantages of the new lighting and PV cells. Buildings Manager Shaun Houghton and Jonathan Coyles from EO Consulting were also on hand to give further information to Mr Mason, who seemed impressed with the savings and day to day energy reduction that this scheme has yielded so far. The project has also featured in several trade magazines and websites over the past months including Practical FM News, Lux Review and Electrical Review.’