Students were asked to write ‘to what extent does society have a responsibility towards those who are vulnerable?’ Hannah, who is studying sociology, psychology and English language at A Level, chose to write an open letter about children of divorce.

The British Sociological Association said: ‘The judges felt that this entry was highly emotive and 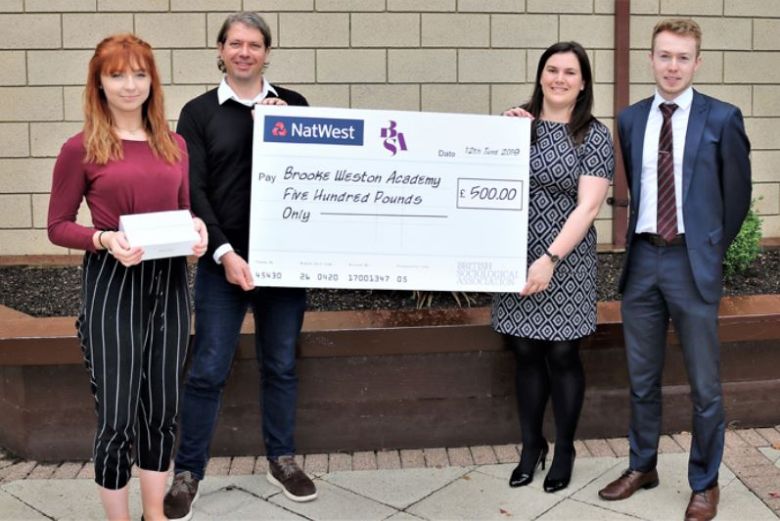 personal. The entry demonstrated an engagement with vulnerability that went beyond the textbooks, applying sociological theories to personal experiences. It was a creative piece that showed a real sociological imagination.’

Hannah will have her winning entry published on the BSA’s website and in a book. Michael Dunning, a sociologist from the University of Leicester presented her with a £500 cheque for the school and an ipad mini for her. He said: ‘This competition is a great way of encouraging the next generation of sociologists.’

Liz Brown from The British Sociological Society said: ‘The competition has a different topic each year and attracts entries from the UK and internationally. Our primary aim is to get young people enthused about sociology as it is relevant to so many topics. If young people want to make changes to the world then it gives them a broad horizon to influence both local and national governments. There are some big issues at the moment and we try to keep the essay title quite broad so that students can tailor it to their own interests. This is the generation that is going to make a difference.’