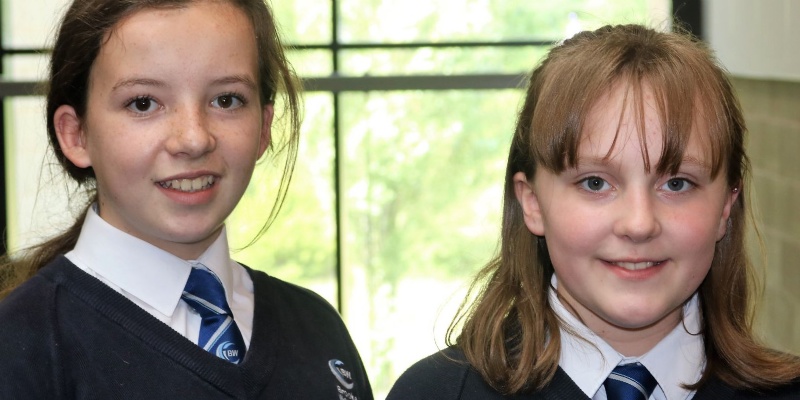 Charitable students from Brooke Weston Academy have raised £220 for Great Ormond Street hospital by organising a fun-run for their peers.

Gemma Stewart and Sienna Lynn (now Year 8 students) decided to support the charity as they both had family or friends who have been treated at the hospital. They liaised with Principal Pete Kirkbride and the PE department to organise the run around the school site. Each student wore sports mufti and completed a mile walk or run around the perimeter of the grounds, so collectively they covered 178 miles, the same distance from Brooke Weston Academy to Great Ormond Street and back.

All Year 7 students contributed £1 each to take part and there were further donations from staff which boosted the amount raised.

Gemma said: ‘We did this for our PiXL Edge project where we had to complete a task and evidence it. We thought it would be nice to get everyone doing something together and the PE department helped us a lot setting up the track.

‘It was a good bonding activity as we got all the tutor groups together to do it as friends. It was a really good way of people being able to support each other. The teachers were around the course keeping us motivated. It took quite a bit of time and planning but we think it turned out well in the end.’

Sienna said: ‘I was really pleased that we managed to do it as Great Ormond Street is an amazing cause and they do such good work there. I think most of the students were happy because they knew it was going to a great cause. We are really quite proud because it took us about five months of planning. It feels really good to do something for other people and this charity is so close to our hearts. I have done a few fundraisers and every single time I always feel like I definitely should do this again, it is such a good thing to do and a massive achievement.’ 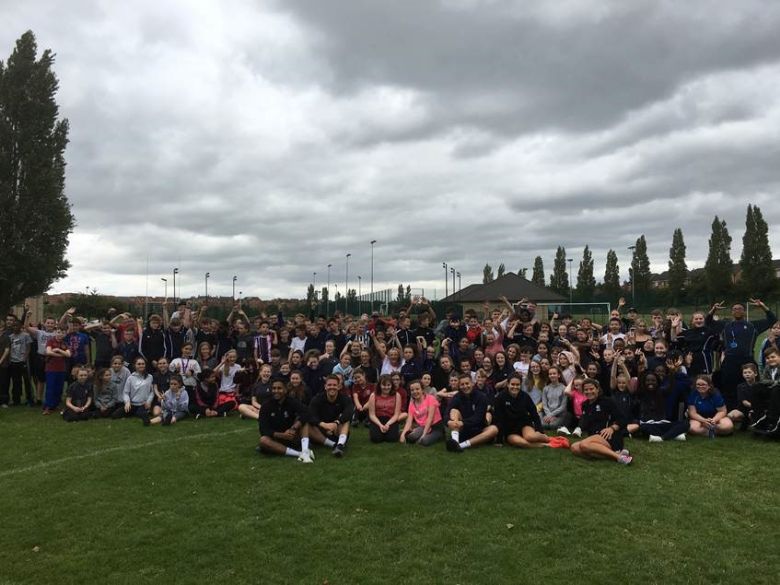