Schools across our Trust traditionally ‘shadow’ the awards, discussing the shortlisted books and hold a celebration event where they meet up and talk about their favourites. Unfortunately, it was not able to take place this year, but keen readers in year 7, 8 and 9 at Brooke Weston have been shadowing the Carnegie book awards by reading and writing reviews on the eight shortlisted Carnegie titles.

Shadowing is a national activity with thousands of schools taking part by running reading groups where students shadow the role of the librarian judges, reading the shortlisted books and debating who should win the prize. As well as a Judges’ winner there is also a Shadowers’ Choice Award, now in its third year, which was introduced because very often the Judges’ winner was very different to the one that the students enjoyed most.

Brooke Weston Academy’s librarian Wendy McCabe said, ‘The Shadowers’ Choice Award allows the students to feel a part of the judging process as they get to vote for their favourite shortlisted title and have their opinions heard’

Brooke Weston shadower, Phoebe Martin from Year 7, has read all of this year’s shortlisted titles and said ‘I really enjoyed getting the opportunity to read books that I might not have thought about reading before and I have discovered some new books, authors and genres, that I will look out for in the future. My favourite book was The Fountains of Silence by Ruta Sepetys’

Phoebe was presented with a selection of books from last year’s Carnegie shortlist, in recognition for her dedication and commitment to reading and writing reviews on the shortlisted titles. 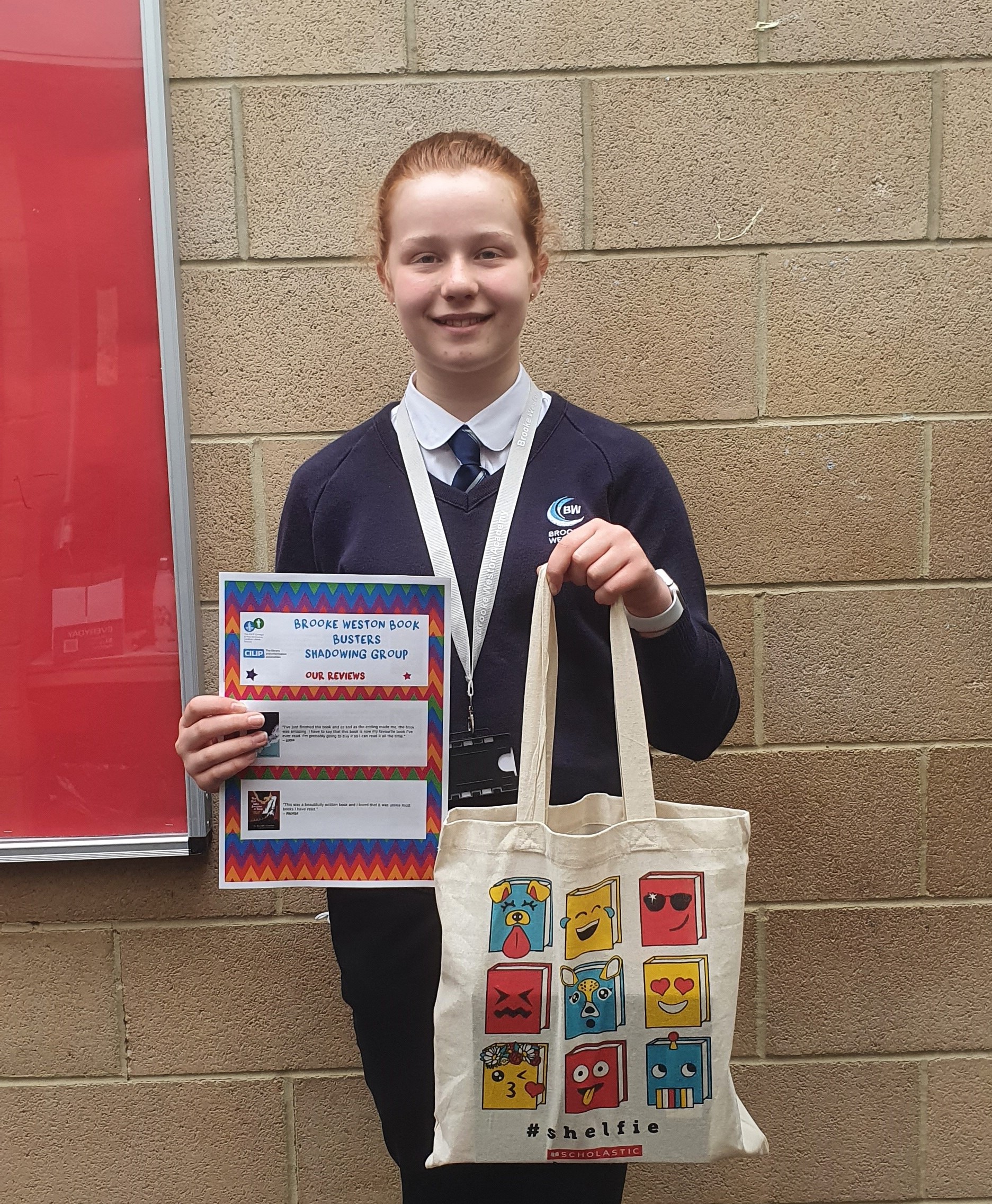