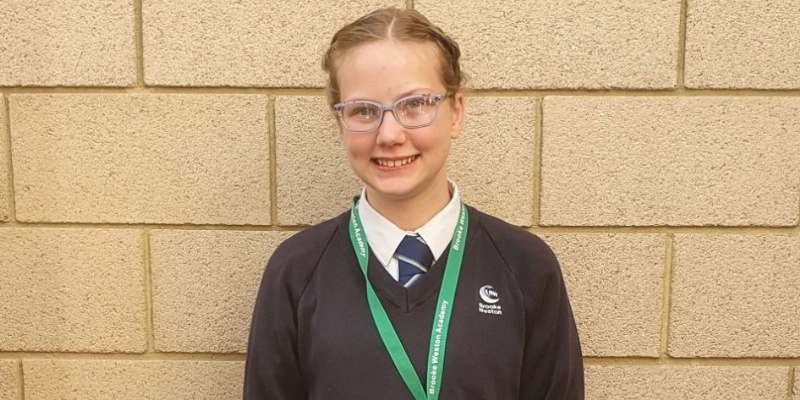 Good luck to Year 9 student Sophie Smith, who is undertaking a weekend expedition in order to achieve her Chief Scout Gold Award; this is the highest award that you can achieve in the Scout section. To be awarded it, you need to complete nine Challenge Awards, ranging from outdoors and creative challenges to teamwork and team leader challenges, hence why the Chief Scout’s Gold Award represents such a huge achievement. During the expedition, Sophie will be leading a team of younger Scouts, navigating themselves across the Northamptonshire countryside on footpaths and bridleways, using maps and compasses, as well as carrying all their camping kit.

Sophie has been a Scout member for six years, joining when she was just eight years old. It has taken her four years so far to complete eight of the nine challenges. Sophie said, ‘The challenge badges have lots of different elements and some of my favourite activities at Scouts over the years include; winter camps; where I camped outside in a tent in February and one year it snowed, water sports camp; where we built life rafts out of oil drums and went kayaking, cooking a three-course meal for the mayor of Kettering and making a sensory garden at Wren Spinney school’

Speaking about what she enjoys most about being a Scout member, Sophie said, ‘I enjoy camps, helping others, being outdoors and being with my friends. ​I have learnt lots of new skills that will be useful for the rest of my life and it has made me understand other cultures. To anybody thinking about joining Scouts it's never too late, you can join from ten to thirteen years old.’

Once she has completed her final challenge, Sophie moves on to the Explorers where she will begin volunteering as a Young Leader at a Cub Scout group. She explained, ‘At Explorers I can work towards my Chief Scout's Platinum Award and begin working towards my Duke of Edinburgh awards. In January 2023 I hope to visit our sister Scout Group in Bansang, Gambia, as a Young Leader where we will do projects to help the local hospital, school and community’