Award-winning author Tamsin Winter spoke to Year 7 and 8 students at Brooke Weston Academy about the inspiration behind her books, her journey to becoming an author and how she is inspired by real-life issues including body image and social media usage.

Tamsin, who trained as a teacher at Brooke Weston Academy and taught English here until leaving in 2005, always wanted to be an author and has now written three best-selling books. Her first book, ‘Being Miss Nobody’, deals with mental health issues, selective mutism and bullying, while her second novel ‘Jemima Small Versus the Universe’ deals with issues of body-shaming. Her latest book, ‘Girl (In Real Life) looks at the impact of social media and what it’s like to grow up online. Tamsin also has another book due out next year which she revealed has the working title ‘Amelia Bright is Not Alright’ and deals with the consequences of sharing images online.

Tamsin said, ‘My dream of becoming an author started as a child back in 1987 but it wasn’t until 2017 that I achieved that dream. I studied creative writing at university, then got a job but kept on writing. It wasn’t until 2015 that I had this really powerful daydream. I saw this girl, sitting in a classroom, being completely ignored by everybody around her but there were all these words tumbling around in her head. I really wanted to write this girl’s story. That became ‘Being Miss Nobody’. That story led to me getting my book deal, something I had dreamed about for 30 years.’

Tamsin spoke about the writing and editing process and produced the ten drafts she had written of one book to illustrate how time-consuming the process is. She said, ‘A lot of people think that when you are a writer it all comes out perfectly and you send it off to your publisher. That is certainly not the reality. I’ve got over 400,000 words in the drafts which have gone to make a book of 60,000 words. Words have been deleted, changed, edited, cried over, ripped up and then eventually they became a book.’

Tamsin said, ‘I would like to continue writing about adult and mental health issues for this age group because it is a key age, as young people are just growing up. When I was that age I loved Judy Blume, her books meant so much to me so I would like to be a modern version of her! For me the best part of being a writer is that feeling of having told a story that you really believe in, and one that you think might make a difference to someone’s life; that is empowering.’

Students had the chance to ask Tamsin questions about her books and writing career as well as the opportunity to buy a book and have it signed by Tamsin. Copies of Tamsin’s books are available to borrow from the Library. 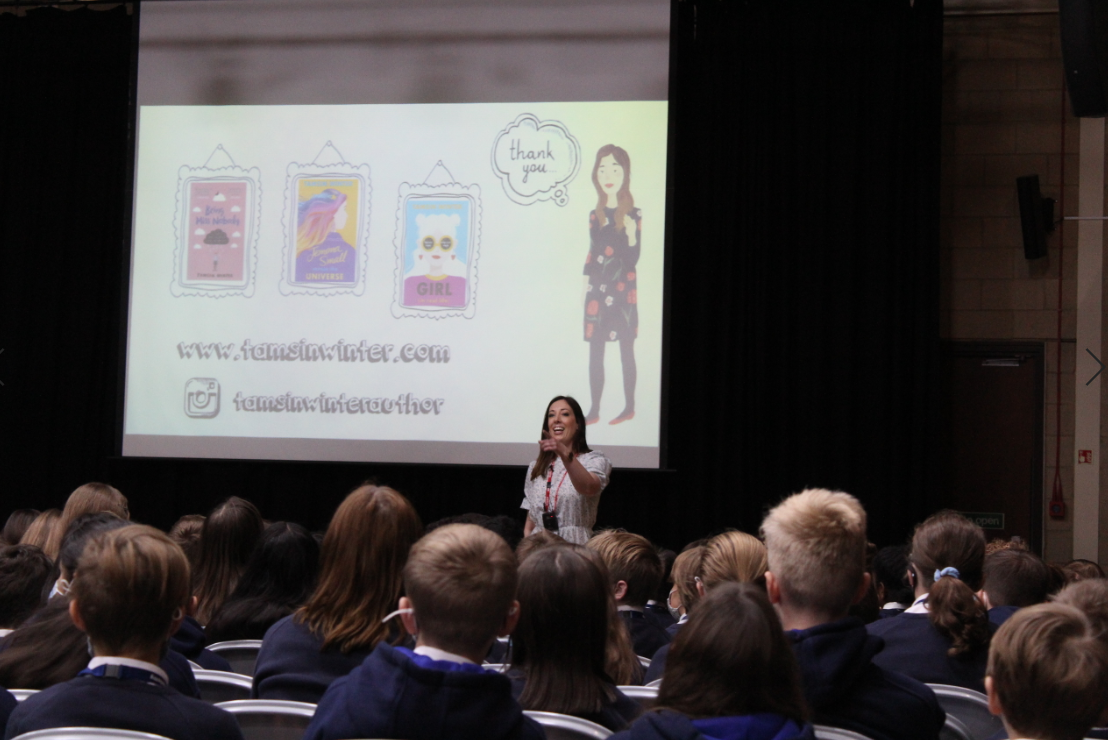 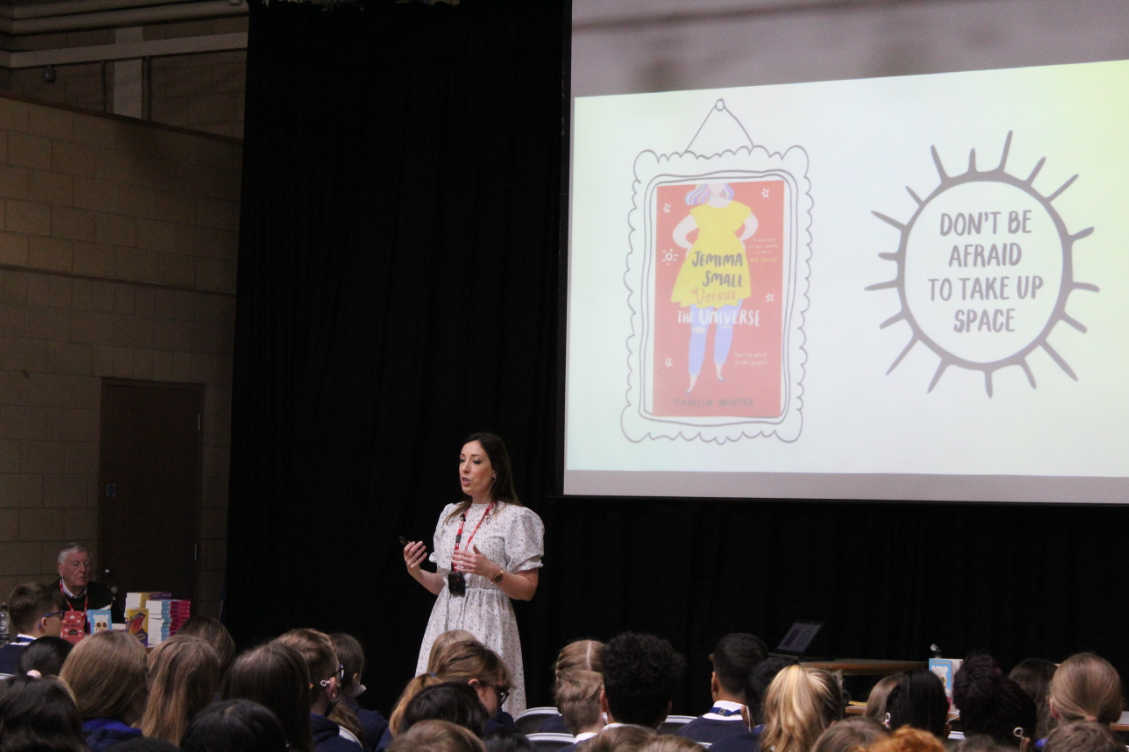