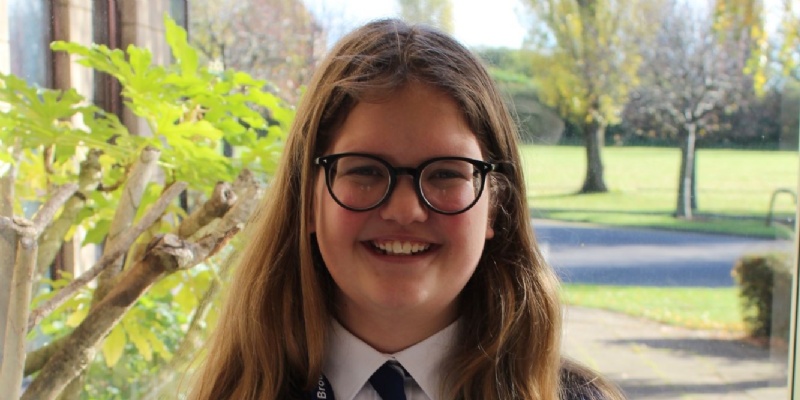 Year 7 student, Emily Starkey, is celebrating after being awarded a Blue Peter badge for a poem she wrote during the lockdown about superheroes. Emily chose key workers as her inspiration for her poem and said ‘They are all superheroes who don’t wear capes’

The Blue Peter badge is the most iconic badge in the UK and they are awarded for sending in interesting letters, stories, pictures, poems, and for having appeared on Blue Peter. Badge owners can gain free entry into over 200 Blue Peter Badge attractions around the country such as theme parks, zoos and castles.

Emily said ‘I asked my mum if I could send my poem to Blue Peter and when I received the envelope with a letter and the badge I was so excited. I wear my badge on my school lanyard and lots of people have asked me about it including my English teacher Miss Walvin who was really impressed that I had been awarded one’