Congratulations to Year 8 student Ben Abraham, who has been announced as one of the winners of a competition run by the UK Polar Network (UKPN), to design a flag to represent Antarctica which currently does not have one of its own. Ben’s winning design was taken to and photographed on Antarctica, at the Neumayer Research Station, with Olaf Eisen, a glaciologist and geophysicist. Ben also received a certificate detailing exactly where his flag had travelled to.

Juliette Smith, Head of Geography at Brooke Weston Academy, said, ‘Year 8 are studying Glaciers and Cold Environments this term, it was also Antarctica Day on 1st December, marking 62 years since 12 nations signed the Antarctic treaty, so overall a perfect time for students to enter the competition. The geographers needed to create a design which represents the significance of this unique continent which is preserved as a place for peace and scientific discoveries.  Every geographer in year 8 entered the competition, totalling over 170 entries! Geography teachers selected the best entries from each class, before deciding an overall winner from Brooke Weston, which was Ben Abraham in 8S. We were so impressed by his design which included the flags of several countries who have signed the Antarctica treaty, we felt that this captured Antarctica as an excellent example of international cooperation. The standard of entries were exceptional, and we will be displaying more of these in the Humanities department.’

SEND teaching assistant, Anikó Toth, who encouraged Ben to enter the competition, said, ‘I am very proud of Ben and I think this is absolutely amazing!’ 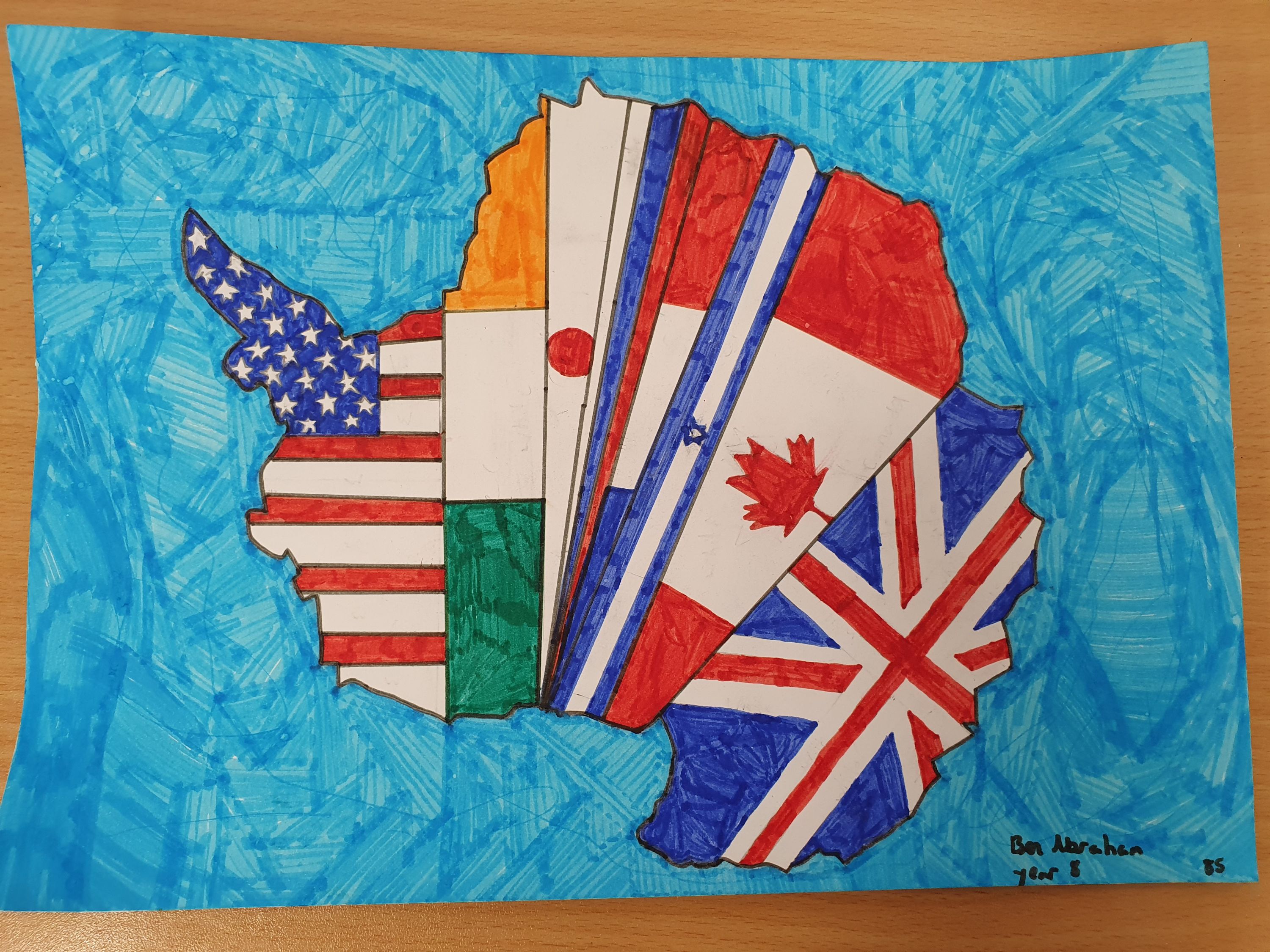 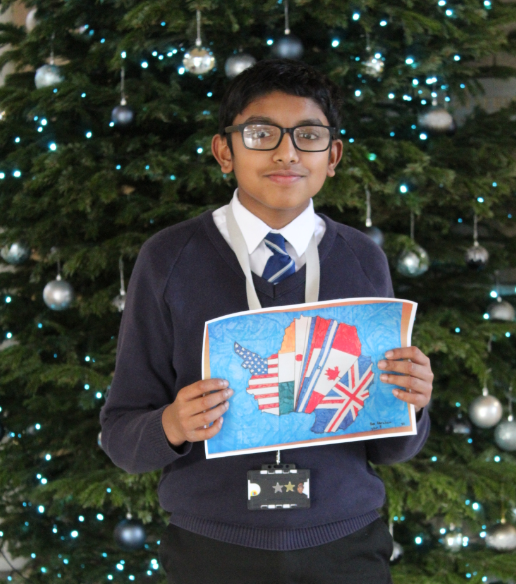