Former Brooke Weston Academy student, Billy Snaith, returned to BW to give a presentation to some of our Year 12 students about his journey since leaving the sixth form in 2016 and gave them insightful advice about possible future career paths.

Billy studied A’Level Maths, Further Maths, Chemistry and Physics at BW before embarking on a degree course at the University of Bath, gaining a MEng in Chemical Engineering. At University, Billy undertook a number of extra-curricular activities and was also chairman of the Bath Rugby League team. He is currently employed as a Client Analyst for Rystad Energy, and since joining the company in January this year, he has had the opportunity to travel extensively to locations including Paris and Norway.

He said, ‘I was always a big fan of maths and chemistry, ultimately leading me into a career in chemical engineering. I was inspired by my chemistry teacher, Mr Knight, who led me in the direction of engineering over traditional chemistry due to the employability opportunities. I enjoyed my time in the sixth form at BW. I had a good group of peers around me who all pushed each other to succeed whilst the teachers also provided constant support for us. I chose the University of Bath due to the calibre of their Chemical Engineering degree and the quality of their sports facilities. I also visited the city in advance and felt it was somewhere I could happily live, which was a key factor due to the length of the degree.

Exams wise, my main advice is practice makes perfect – it is ultimately down to yourself how well you will perform so do as much practice as you can and you will smash them. For university choice go with the location which gives you the best gut feeling. With respect to a course, select one which you believe will interest you the most. University can be a long period if you aren’t interested in your course so make sure that it is what you want to do when selecting your degree.’

Year 12 student, Blazej Puchala said, ‘It was really useful to hear from somebody who was in the same position as me having studied similar A’ Levels. It was really eye-opening about the variety of future routes there are that lead from this combination of subjects. It was a really insightful talk especially regarding the extra-curricular and social activities that are available at university as well.’

Post-16 Co-Curricular Coordinator, Mrs Hegarty, said, ‘It was an absolute pleasure to see Billy walking through the BW turn styles once again as we both joined Brooke Weston in the same year- 2009. We are so proud of what Billy has achieved, not only during his time at Brooke Weston but also at Bath University and his career that has followed. It has been really valuable for current students to spend time with Billy and learn more about his journey post-BW as this will help them make informed choices about their own next steps. We would like to actively encourage any former students to get in touch and hopefully visit us to share their experiences with current students.’ 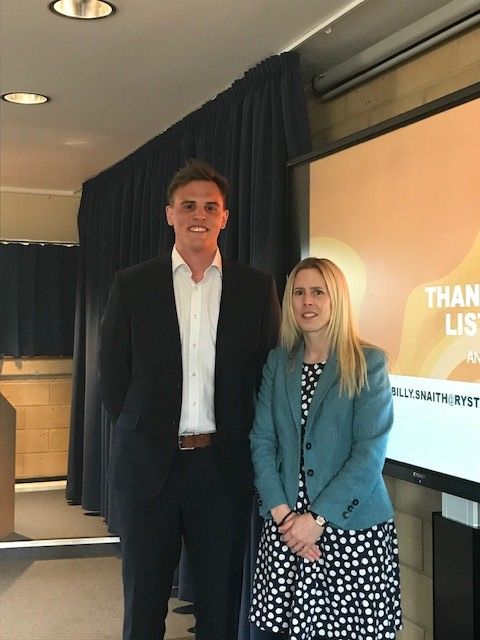 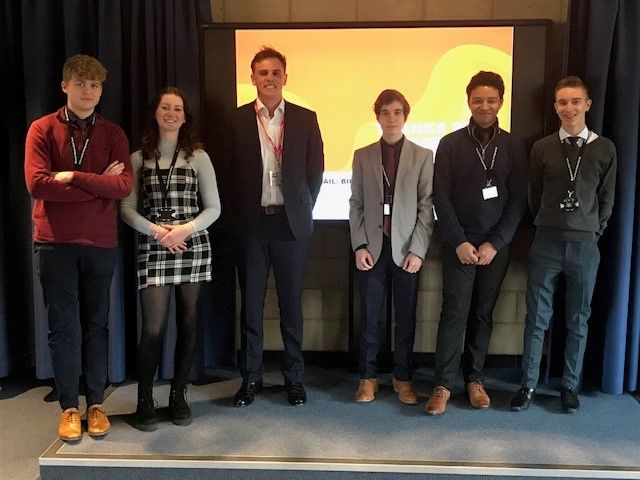