The achievements of over a hundred Brooke Weston Academy students were celebrated at the Academy’s Prize Giving where former BWA student and guest speaker, Billy Snaith, addressed the audience and presented prizes. 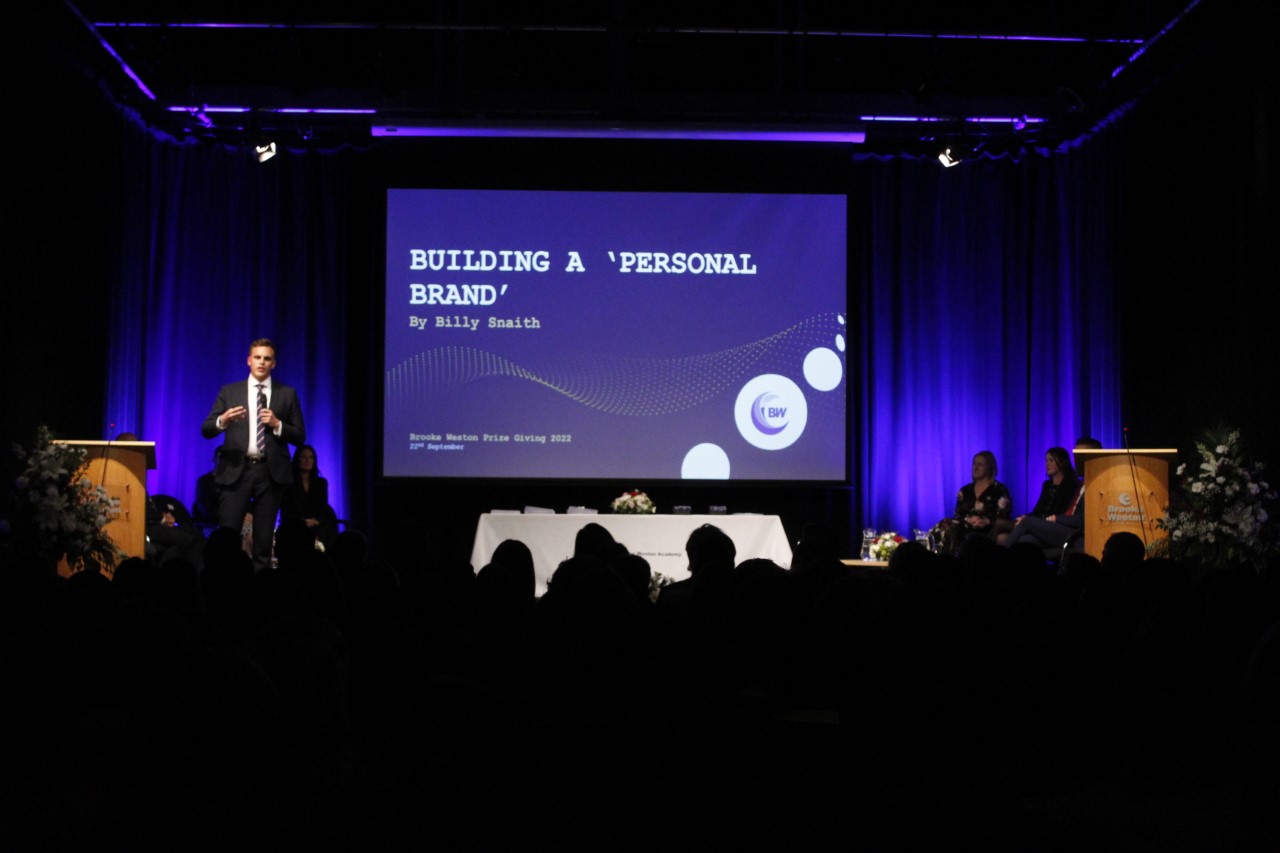 illy currently works as a Client Analyst for Rystad Energy in London. He achieved excellent grades in A’Level Maths; Further Maths; Chemistry and Physics before embarking on a degree course at the University of Bath, where he gained a MEng in Chemical Engineering. He is a huge advocate for students acquiring work experience during their studies through part-time jobs, summer placements or placement years.

The evening started with a welcome by Principal Shaun Strydom before the audience watched a Review of the Year film, produced by former Year 13 student Oliver Hackett, showcasing a few of the many activities and achievements at the school. This was followed by a welcome from the Chair of Governors, Vikki Williams.

Brooke Weston’s student leaders Matthew Russell, Isabel Offor, Rufus Mathew and Klaudia Majewska spoke about their specific roles as, Academic Leader; Diversity and Inclusion Leader; Charities and Community Leader and Wellbeing Leader, respectively. They also spoke about the importance of the ‘We Are Brooke Weston’ motto.

Awards were presented to students who had excelled in individual subject areas before Finlay Thomson and Danielle Mwarewangepo recited the poems ‘The Road Not Taken’ by Robert Frost and ‘The Seedling’ by Paul Lawrence Dunbar, respectively.

During the musical interlude, Laura Chirchir (Y13), gave a stunning rendition of ‘Man in the Mirror’ accompanied by Simba Chikoto (Y13), on piano.

Business Student of the Year was presented to Marvin Camara before 20 students who performed exceptionally in this year’s GCSE awards received their prizes. This was followed by the Year 13 A’ Level awards where our top 20 achievers were also recognised.

Five of our Student were awarded the Sport Colours Awards in recognition of their prowess in many disciplines. Outstanding Student of the Year Awards went to Lacey Johnston (Y7), Goda Kensminaite (Y8), George Salaman (Y9), Jackson Chen (Y10) and Mya Ngobola (Y12).

Dylan Chan (Y10), was the recipient of The Principal’s Award, Shaun Strydom said, ‘when he was in year 9 he sat GCSE Mathematics and Further Maths, achieving a grade 9 after receiving full marks for the paper! This is an amazing achievement at such a young age and we look forward to seeing what Dylan can achieve in the future.’

Marcus Ciobanu received the Outstanding GCSE Student Award and The Hugh de Capell Brooke Award was presented to high performing A’ Level student Stanley Evans, by George Weston, who gave a speech and congratulated Stanley on his success.

Thank you to everyone who attended, and huge thanks to everyone who worked hard on the organisation, catering and audio-visual services to make the night such a success. Thank you to the Art department for their wonderful display of student art work in the foyer. A special thank you to the Principal’s PA, Alison Ralph, who was in charge of organising this memorable Prize Giving event. 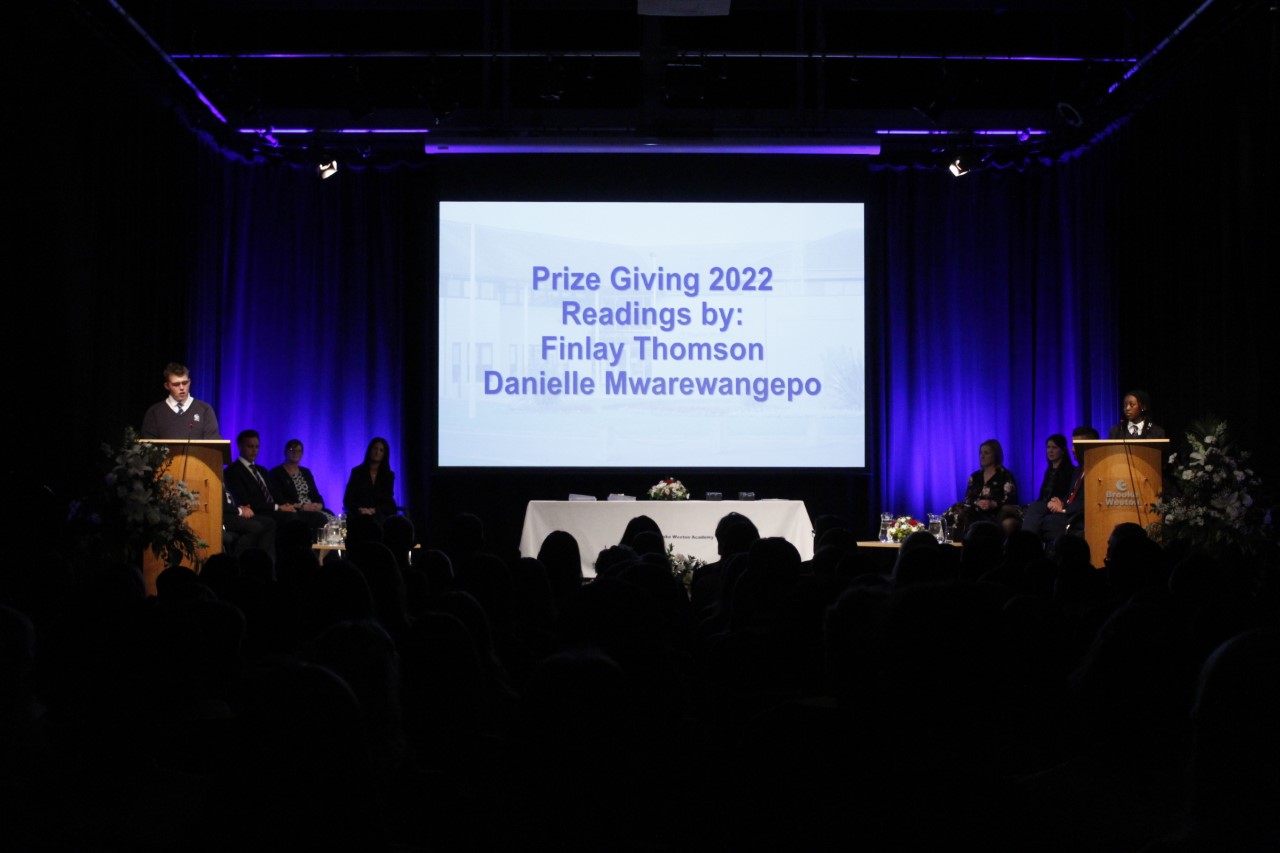 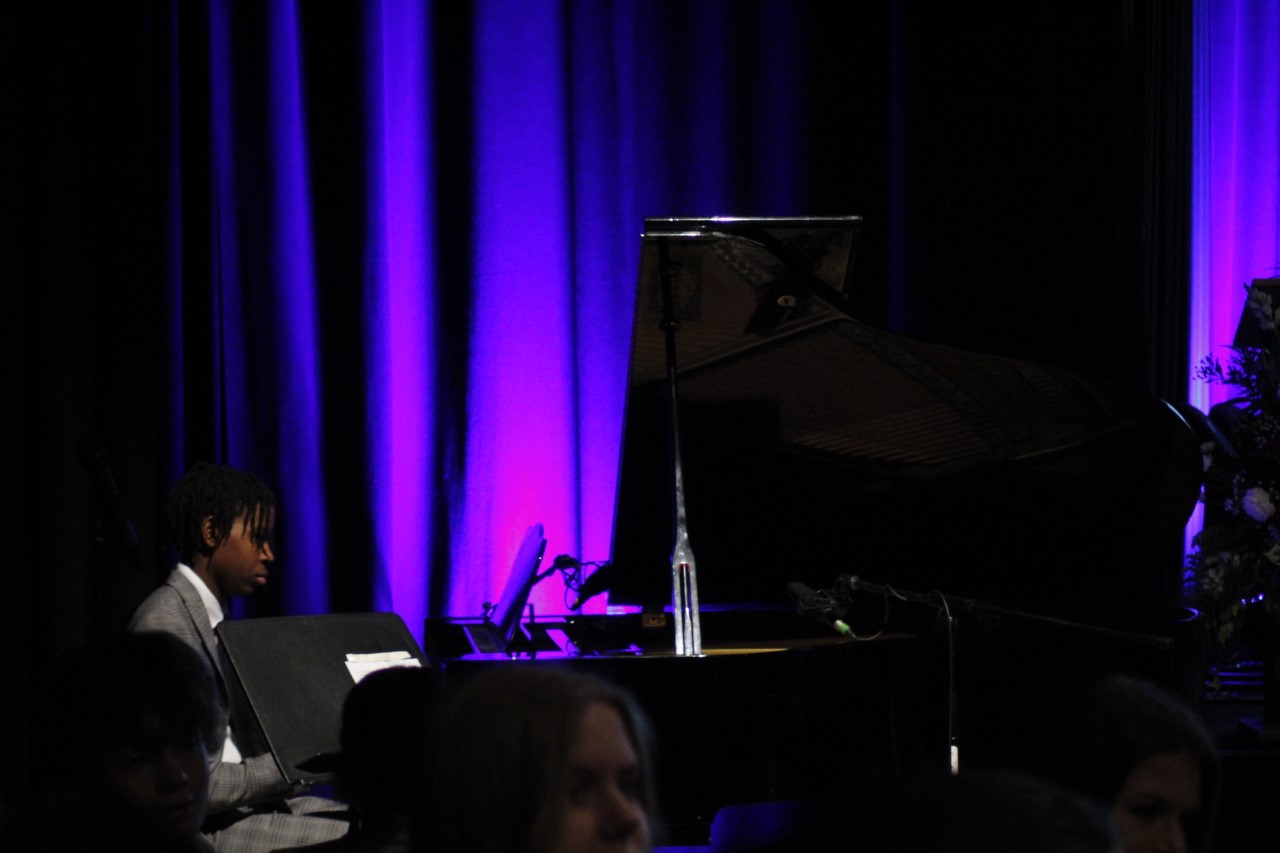 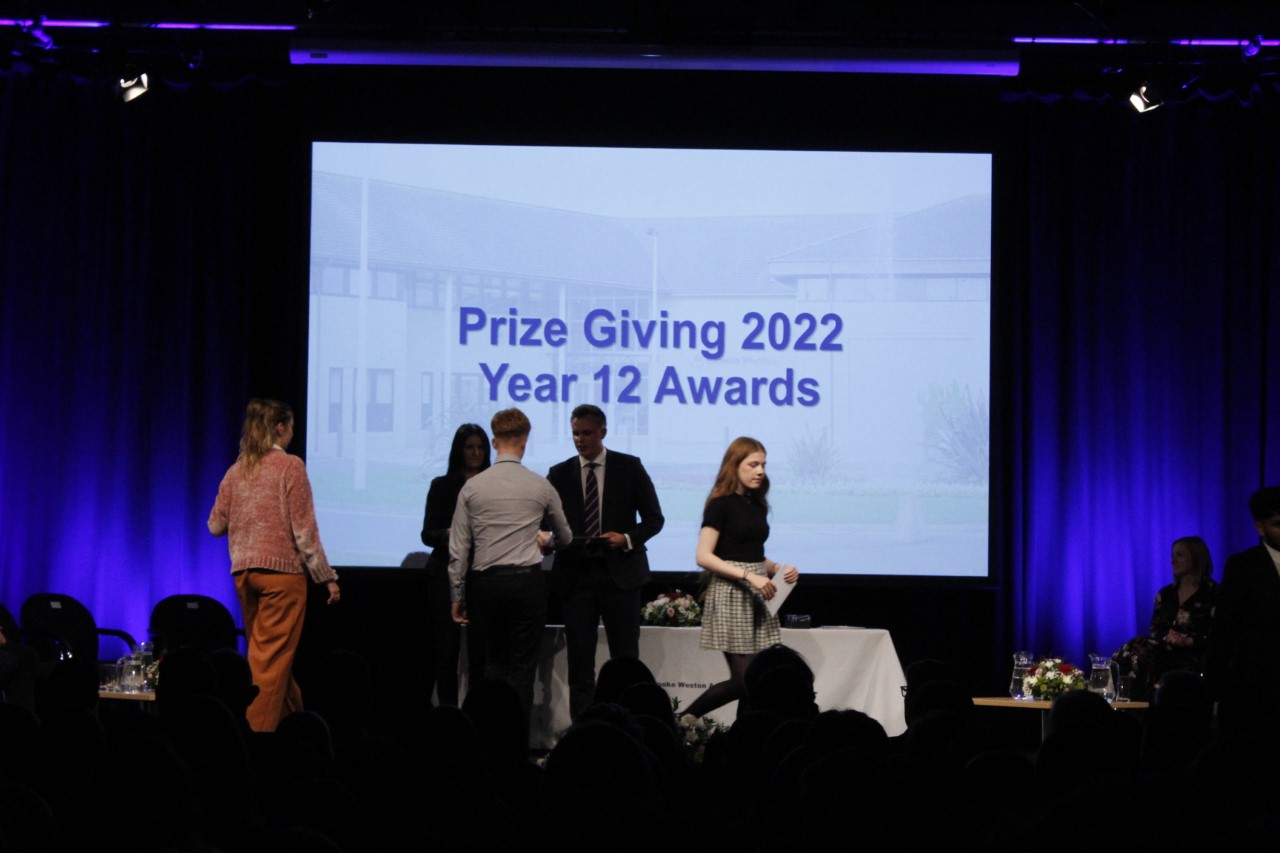 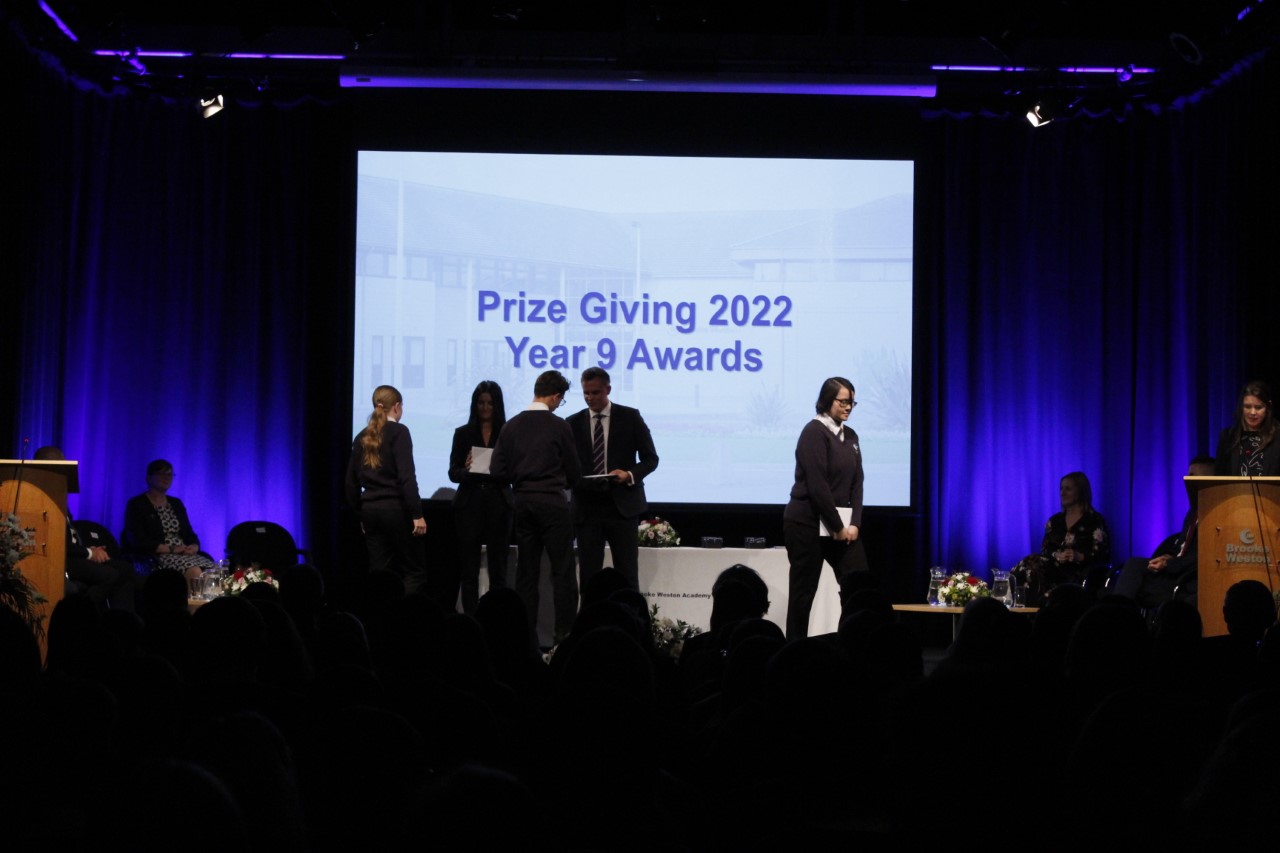 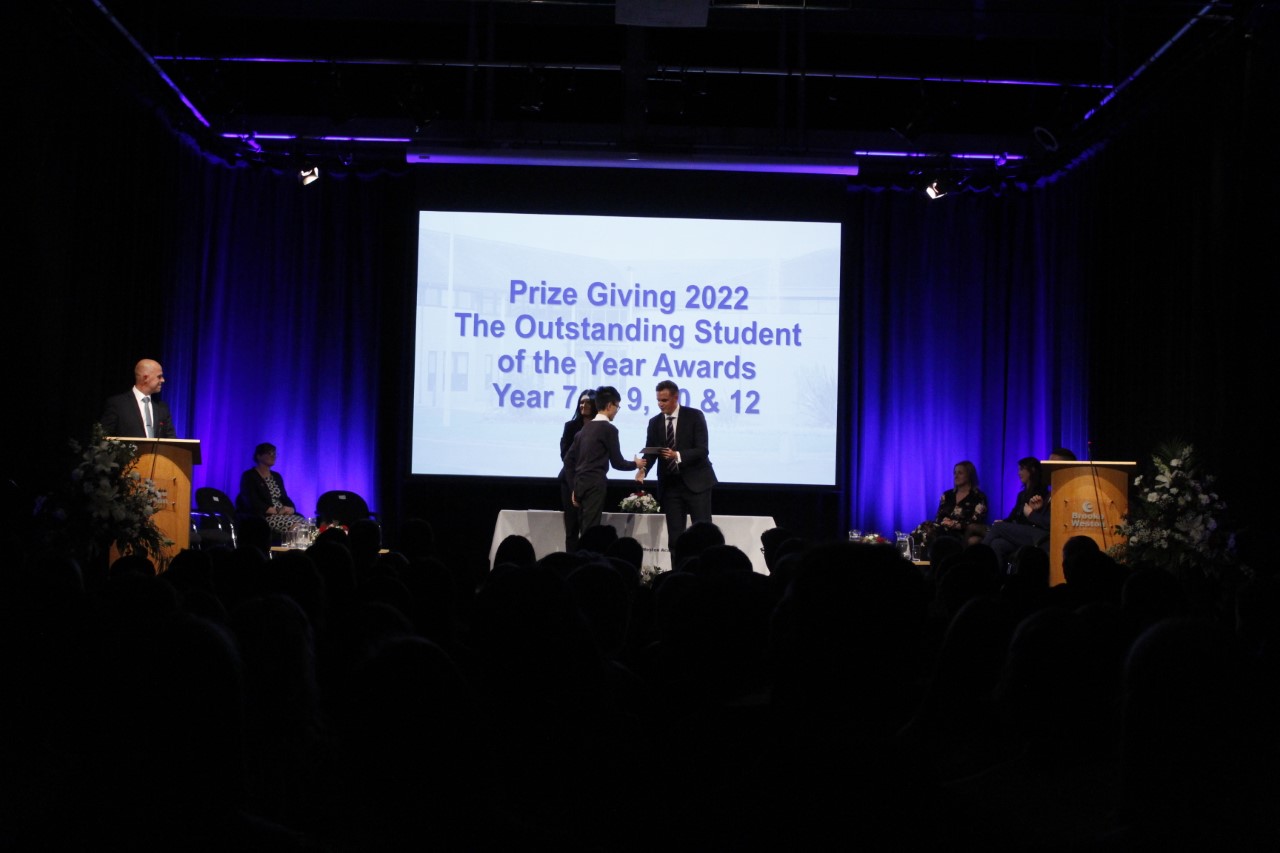 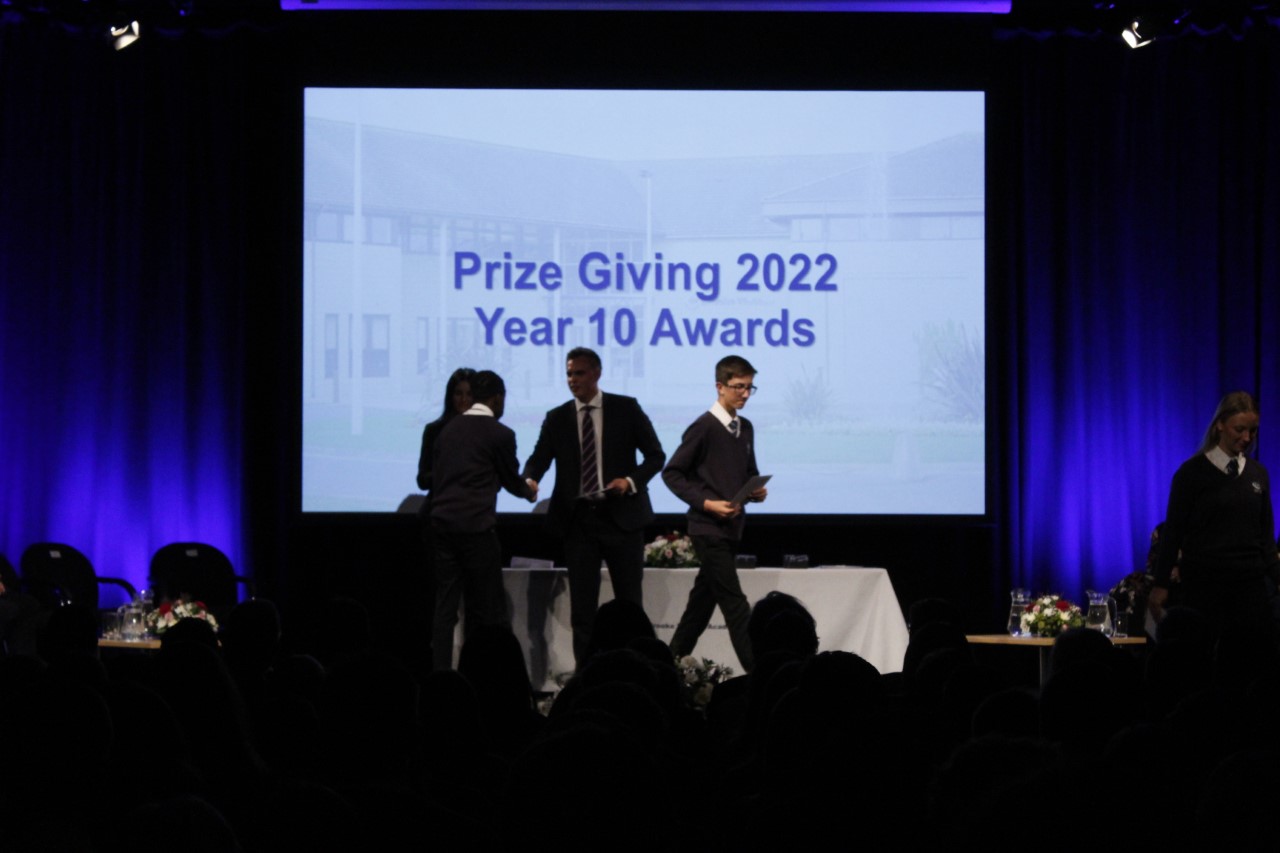 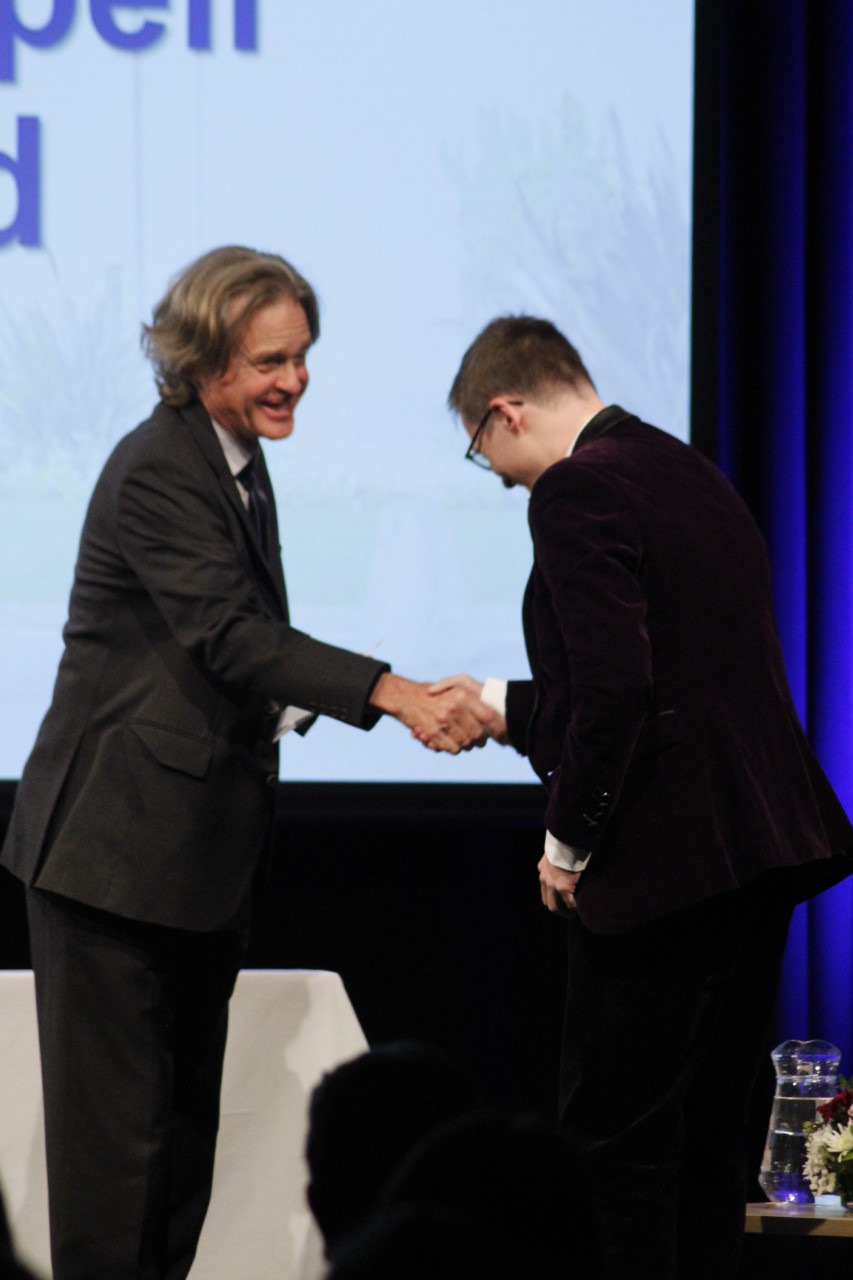 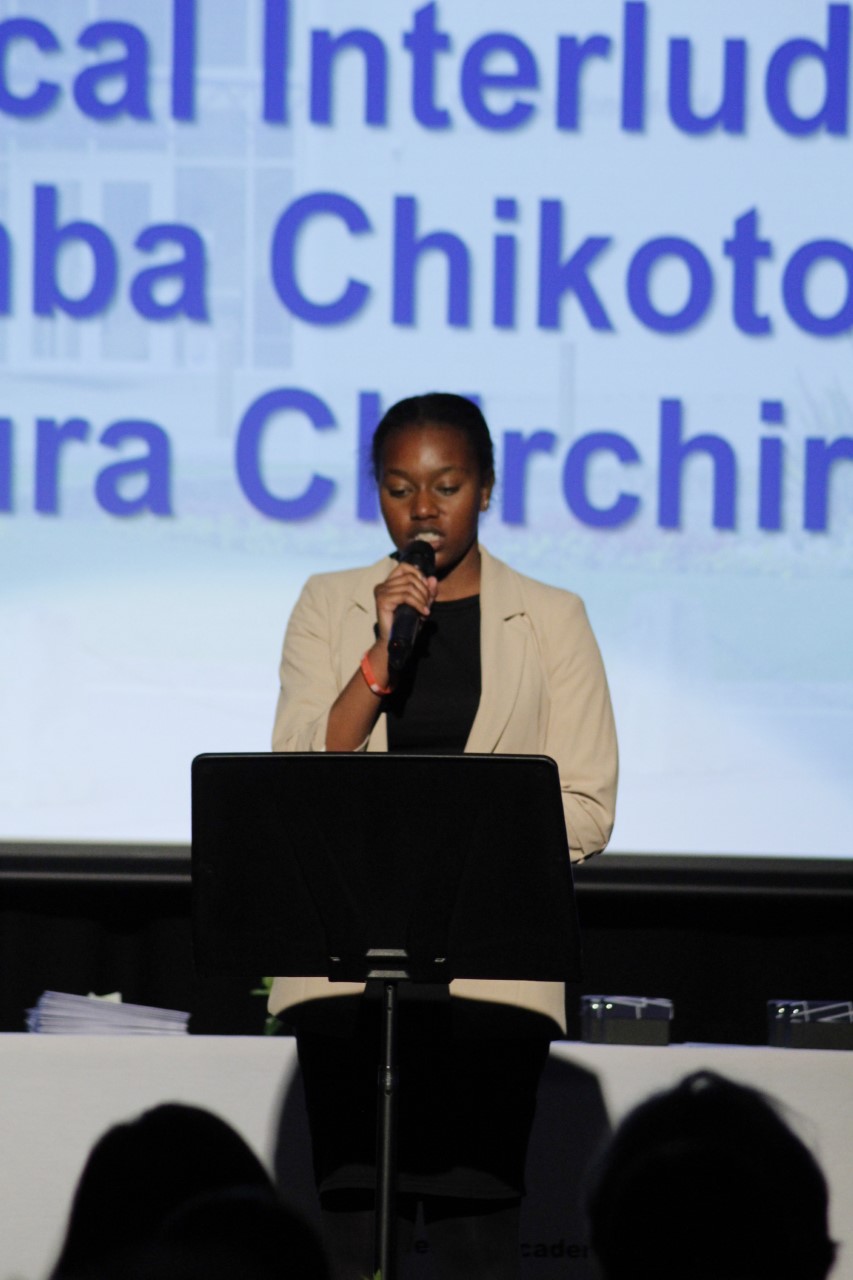