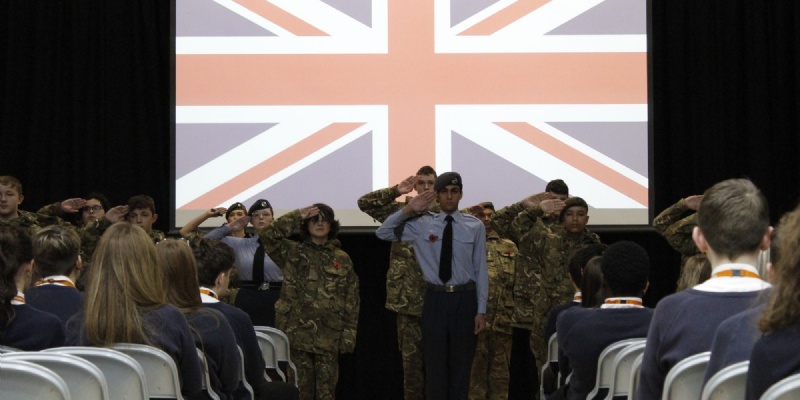 Brooke Weston Academy held Remembrance assemblies to commemorate all those affected by conflict and war. After an introduction from Principal Shaun Strydom, the BWA students who are part of the Brooke Weston Trust Combined Cadet Force (CCF), proudly marched into the Weston Theatre. The cadets led the assembly with a special presentation about the importance of Remembrance Day and why we wear the poppy as a mark of respect. Particular reference was made to the First World War and a recording of ‘In Flanders Fields’ a poem by John McCrae was played to staff and students.

The courage and sacrifice of those who served their countries was acknowledged with a special mention made to Lance Corporal James Ashworth, from Corby, who was 23 years old when he died in the line of duty as he stormed an insurgent position in the Nahr-e Saraj district of Helmand province in June 2012. His conduct in putting himself in the line of fire to protect his colleagues was rewarded with the Victoria Cross (VC), the first award of the honour given since 2006.

Staff and students observed a minutes silence as the poignant tune The Last Post was played while the cadets stood to attention and saluted.

Earlier in the week, CCF students from the Academy also took part in a Remembrance Parade at Corby Business Academy along with cadets from other BW Trust schools. Dr Andrew Campbell, the CEO of the Brooke Weston Trust, attended the event and our newest recruits were presented with half-star badges in recognition of their services with the cadets so far; they will receive the whole star at the end of their first year to signify they have completed the basic Army proficiency course.

Poppies were available at BWA in exchange for a donation, and we would like to thank everybody who purchased one, with all donations going directly towards helping the Armed Forces community.

Well done to all those involved in preparing and presenting such an important and informative assembly. 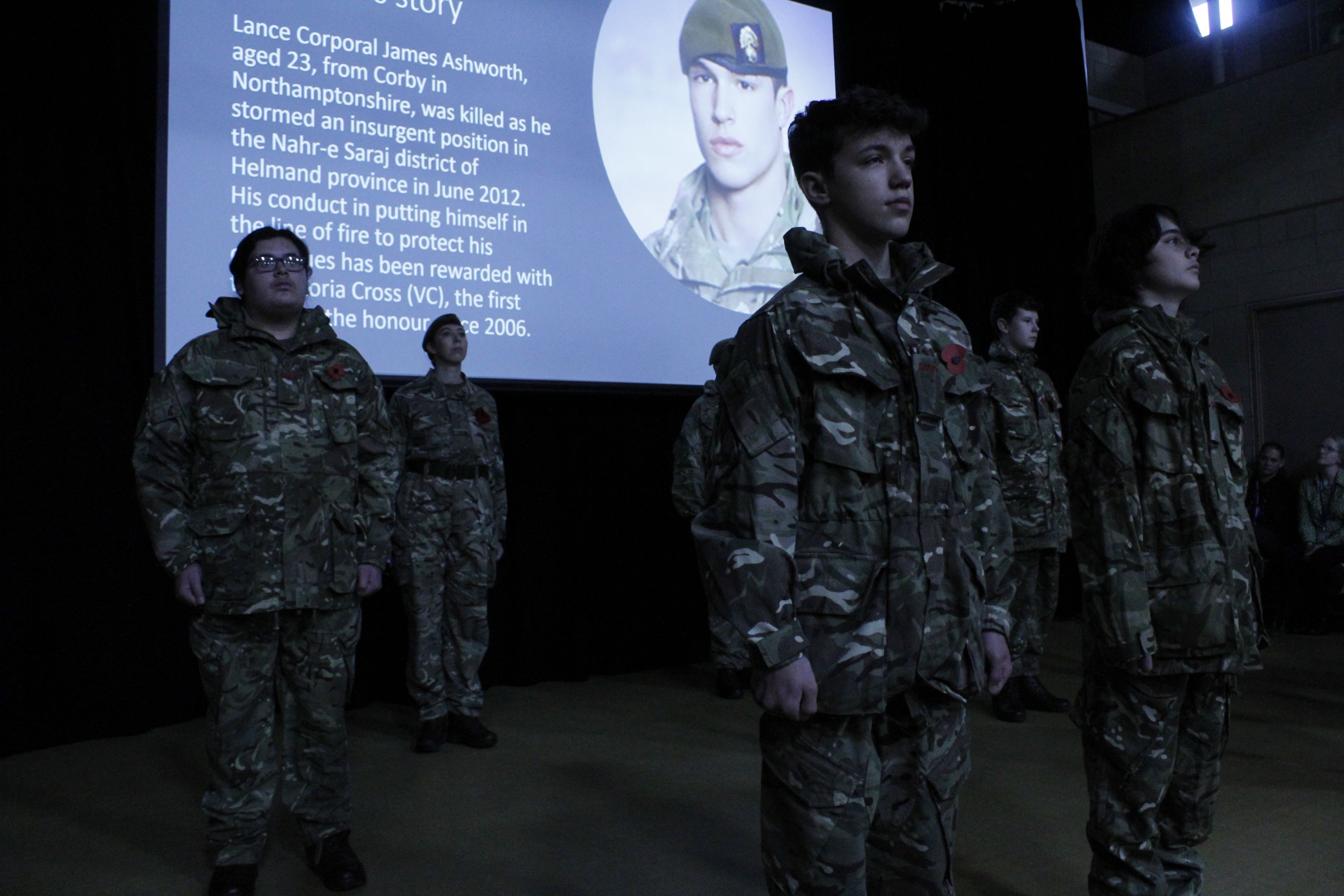 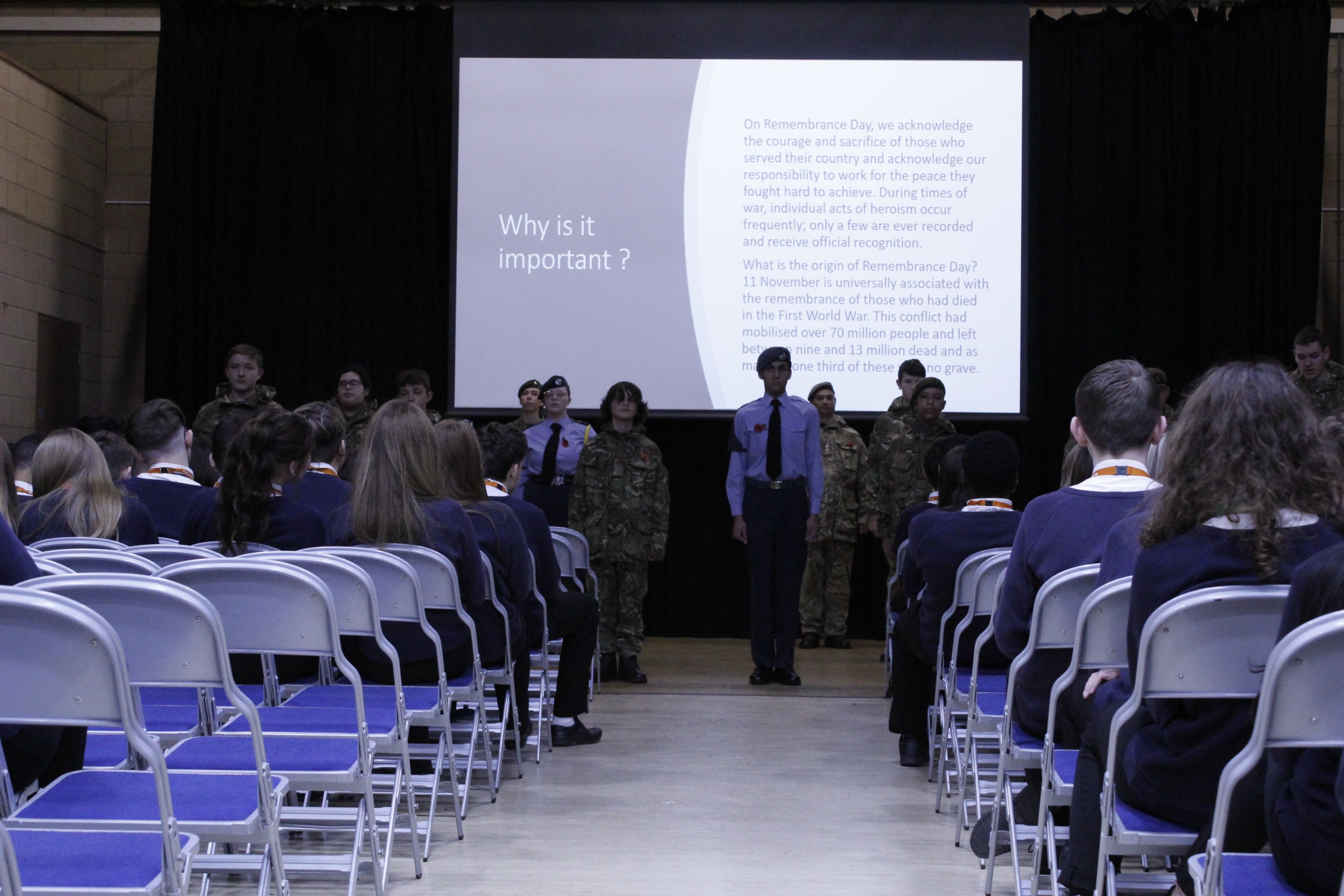 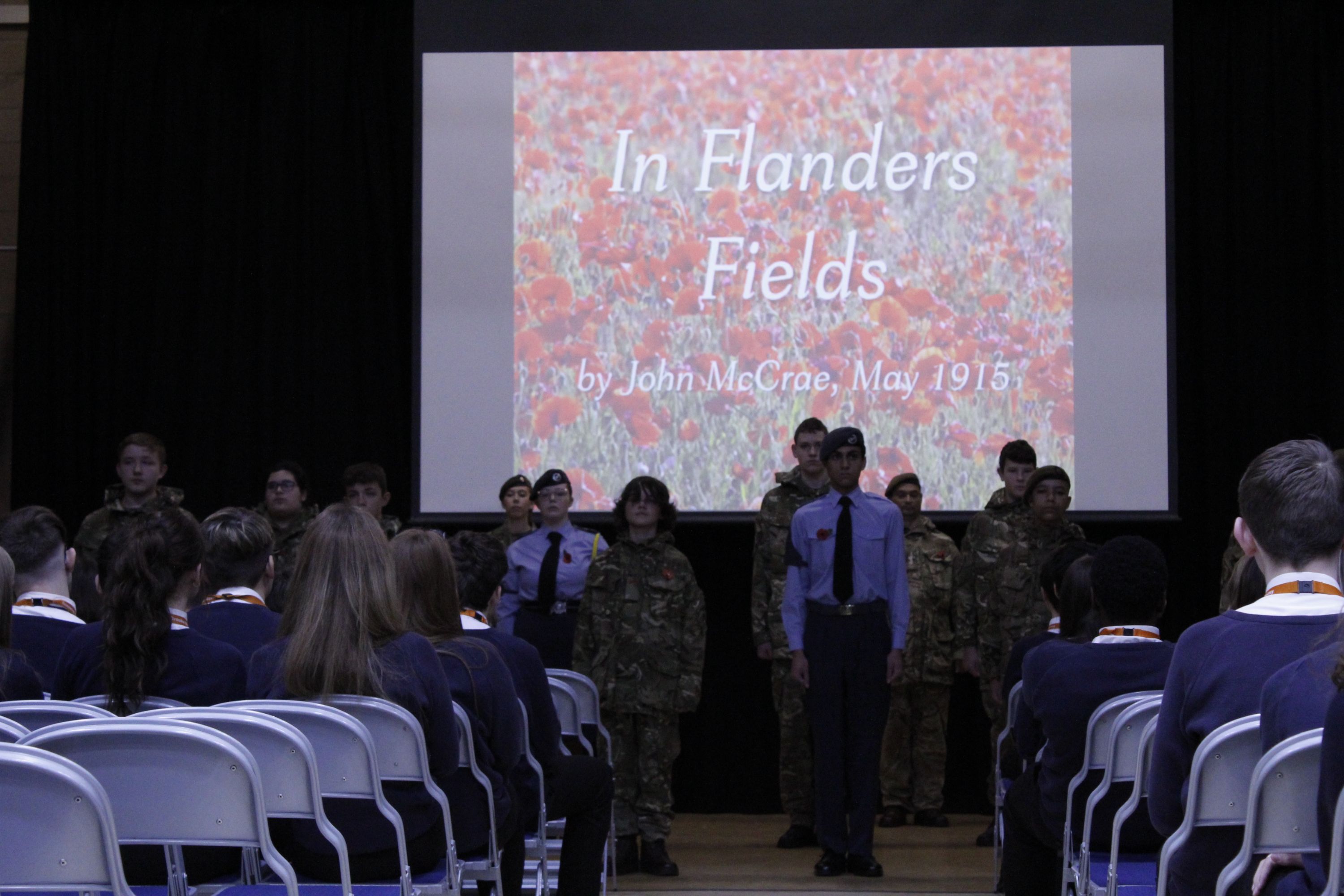 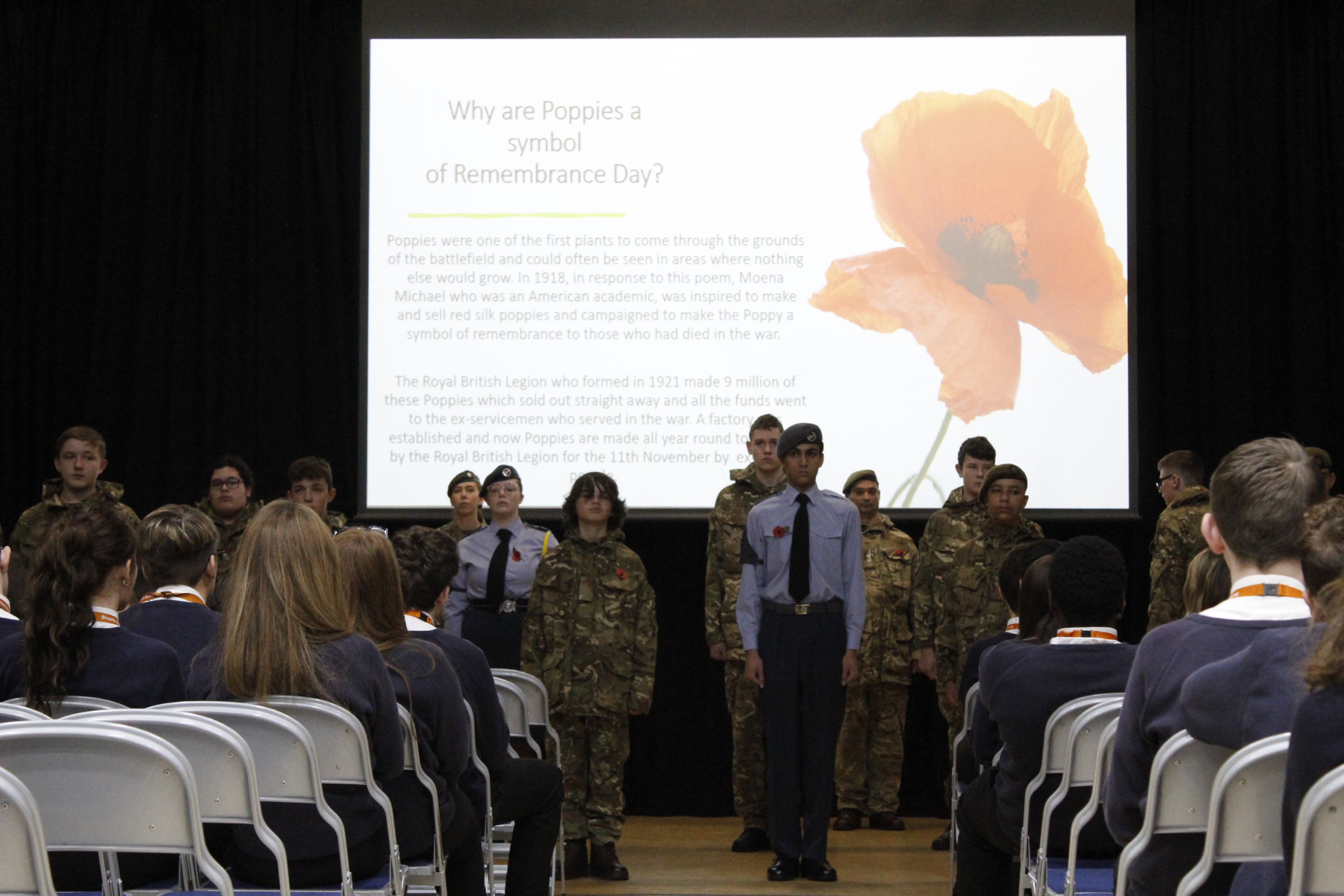 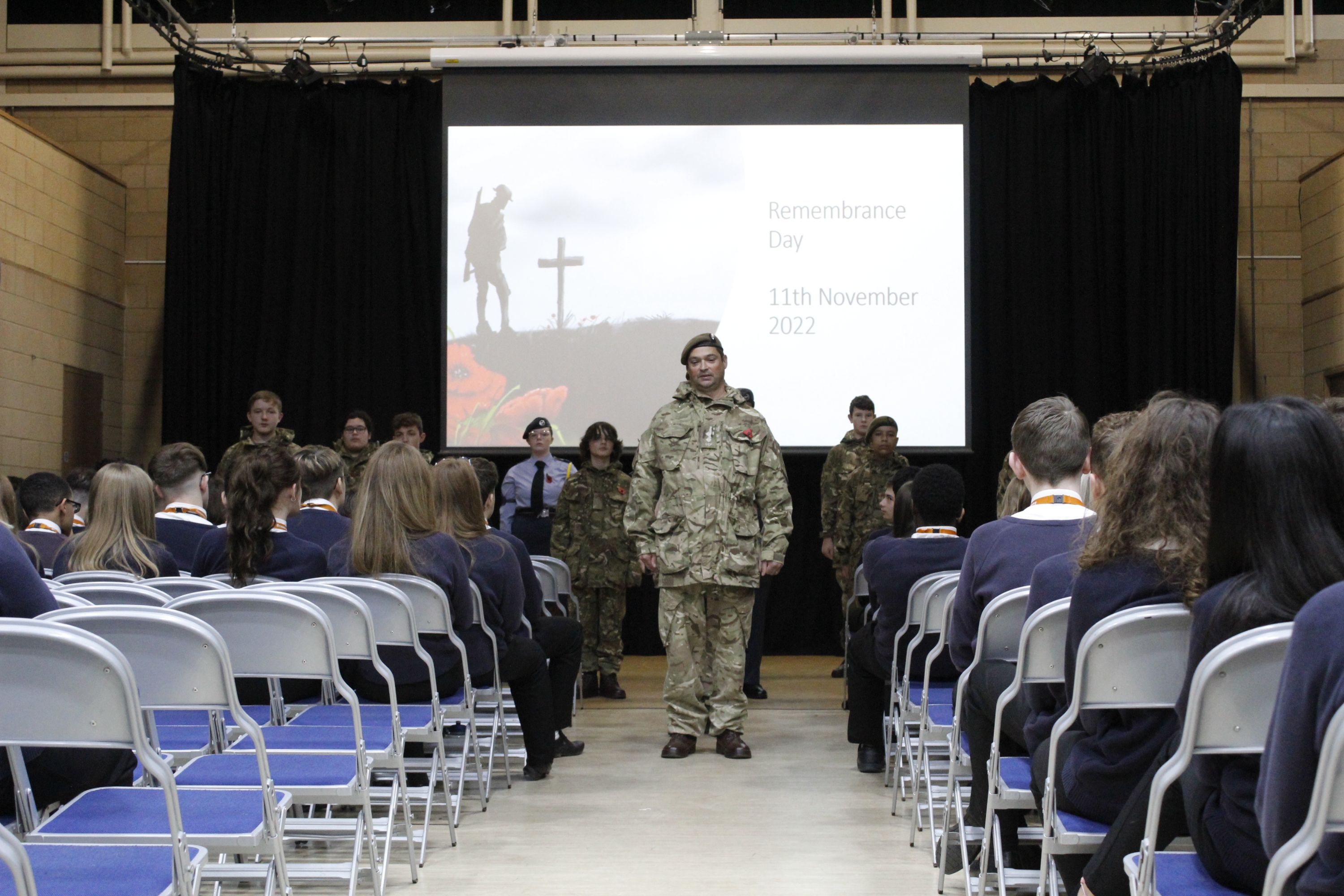 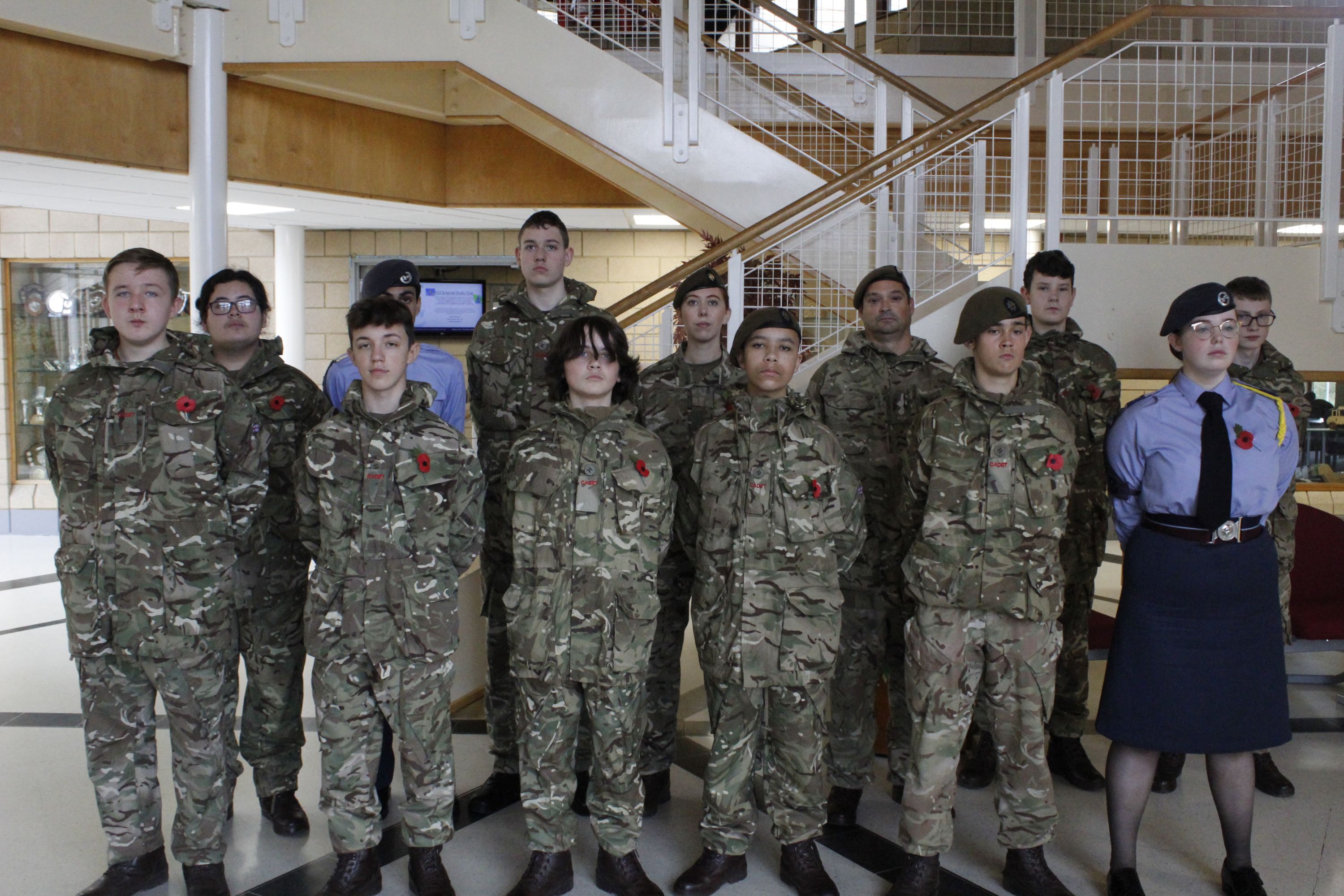