Brooke Weston Academy students Keris Hooker, Year 9 and Harlee Hooker Year 8, have both been successful in securing medals for competing in several kick-boxing championships over the past year and have both been crowned Grand Champions.

Harlee took a double gold in the points discipline at the Peterborough Championship Series where he claimed the title of Grand Champion for winning gold points in every series as well as silver in the continuous discipline. He also secured two podium places at the Bristol Open, bringing home a silver and bronze medal.

Keris took home gold and bronze medals at the Peterborough Championship Series and was crowned Grand Champion in the points discipline for receiving the best points overall.

The siblings have been kickboxing for over seven years and specialise in the disciplines of point fighting; a traditional form of sparring where once a strike is landed the fight is paused, and they return to their starting positions and the fight recommences, and continuous fighting; rounds of two minutes sparring, with judges tallying up the points during each round. The benefits of kickboxing include body strength, improved coordination, stress release and improved focus and concentration.

Keris and Harlee train together up to seven times a week as part of the Elite Squad at LSK Martial Arts and Fitness, which was co-founded by former Brooke Weston student Luke Smith.

Keris said, ‘I still enjoy everything about kickboxing and our motto is work hard, train hard.’

Harlee said, ‘I really enjoy the physical aspect of kickboxing and I would say to anyone interested in taking part to come and have a go as it not only teaches you self-defence but is also lots of fun.’ 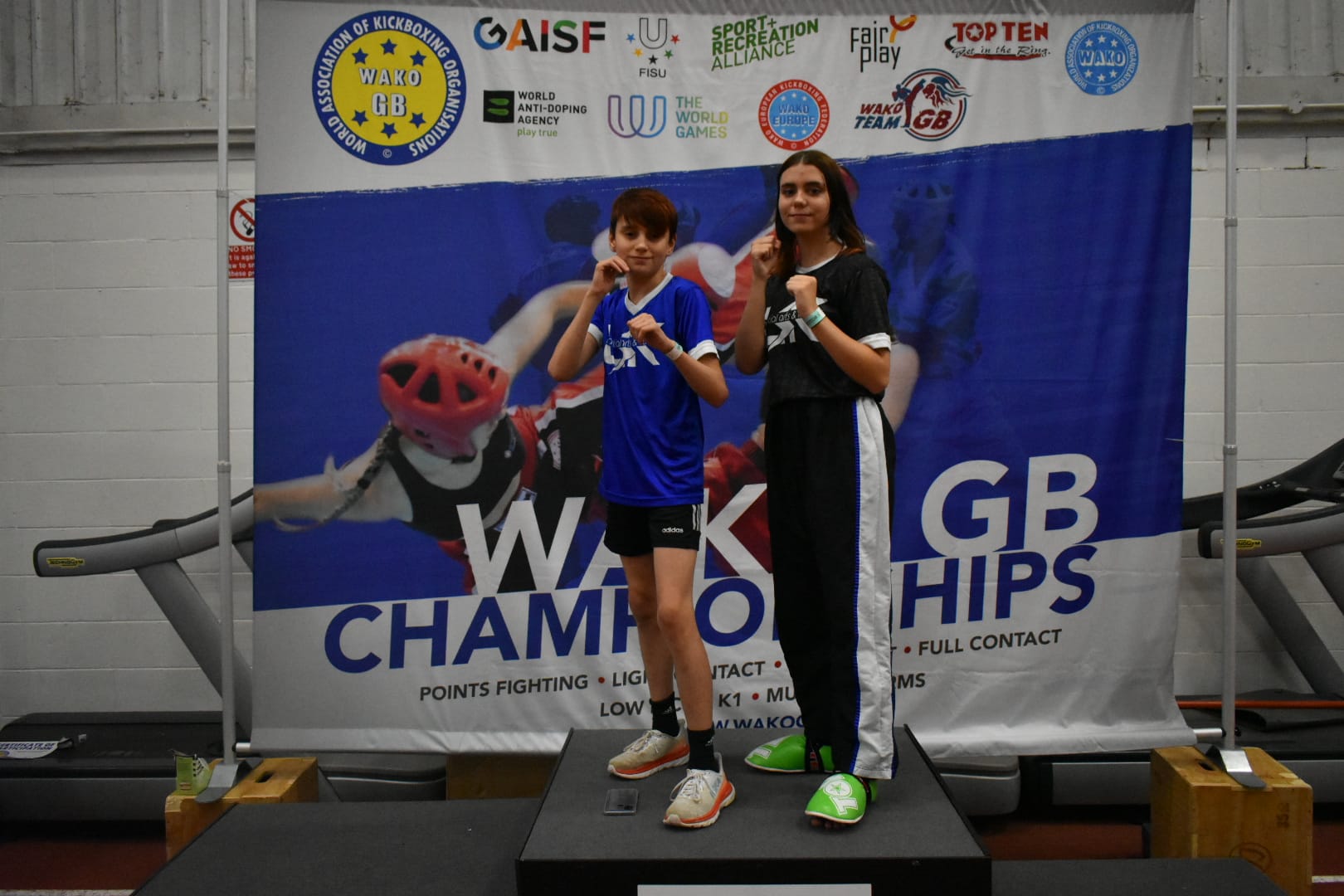