Year 11 student, Victoria Mann, came in first place, winning a hamper of chocolate delights and her design will feature on the front of the Academy’s official Christmas card this year.

Victoria said, ‘I’ve entered the competition every year since Year 7 and came fourth last year, so I was really pleased to have won. I used a combination of coloured pencils, watercolour paint, oil pastels and charcoal in my design.’

The runners-up both received prizes of chocolates. In second place was Year 10, Sophie Gallagher, with her Brooke Weston themed church bells. As part of her prize and for the first time in the competition's history, her design will be placed on the back of this year’s official Christmas card. She said, ‘I got my inspiration from the BWA logo and knew I wanted to incorporate it into my design. It only took me two attempts to get it right, and I had it completed in about an hour.’

Alishba Ali, Year 9R came in third place with her design of a traditional Father Christmas carrying a sack of Christmas gifts. She said, ‘I entered last year and came second, so it was great to be placed in the top three again. My original idea was to draw a deer jumping out of the card, but it didn’t work, so I changed the design and finished the drawing the night before the deadline which took me less than an hour to complete.’

Head of Art, Charlotte Asprey said, ‘Students could submit a design in any media. The art department whittled down the entries to five and then the Principal Shaun Strydom chose the top three finalists. We have had, as usual, a fantastic amount of entries, and it is a pleasure to see how creative and imaginative our students are. Thank you to all the students who entered the competition this year.’ 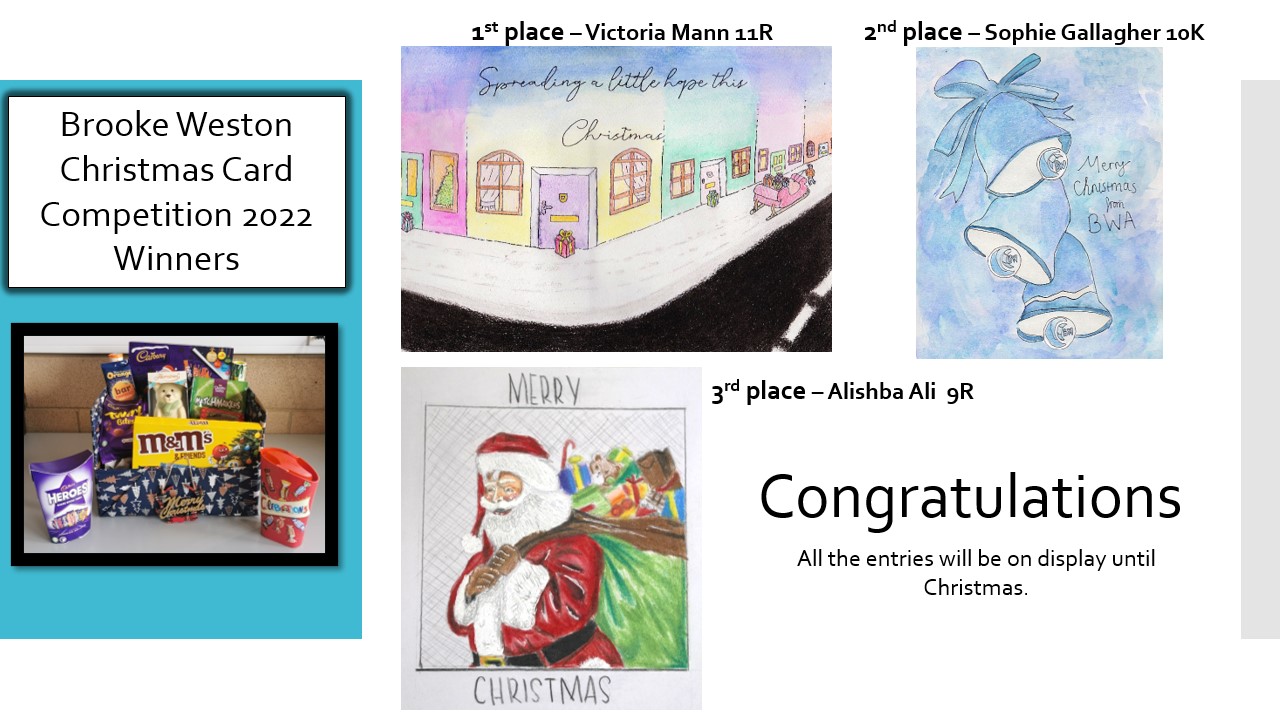 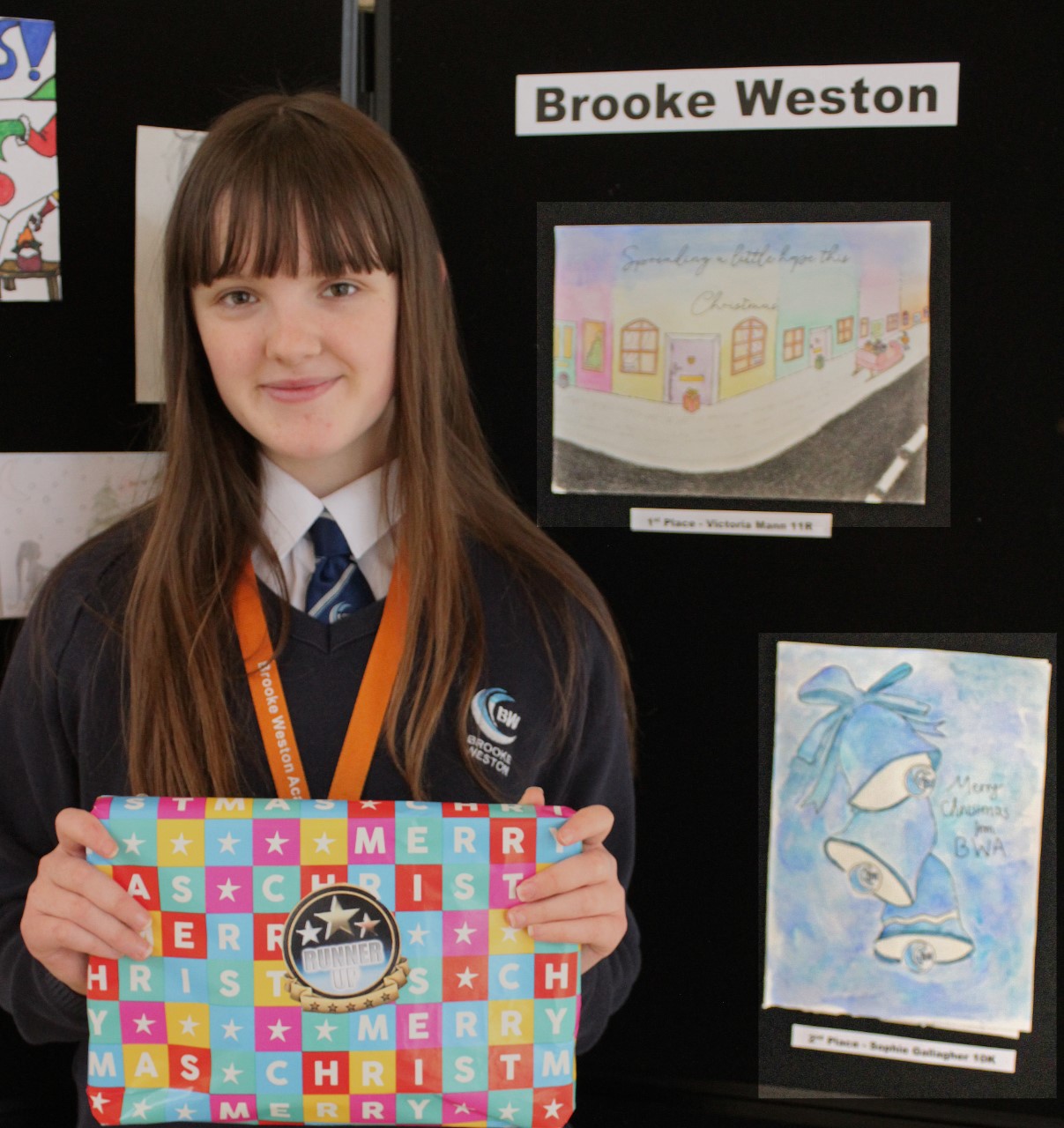 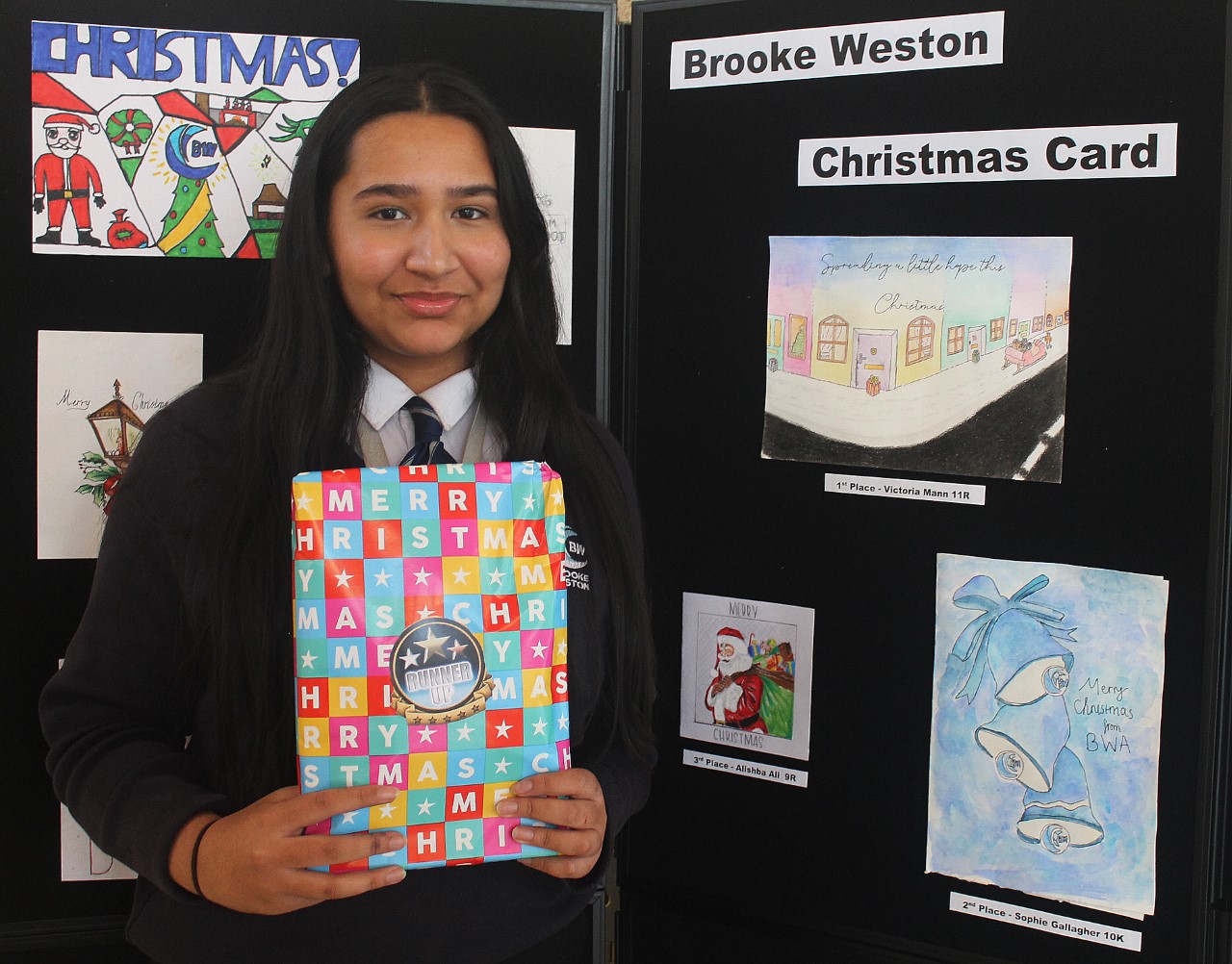