End of an era as Mr Witt retires 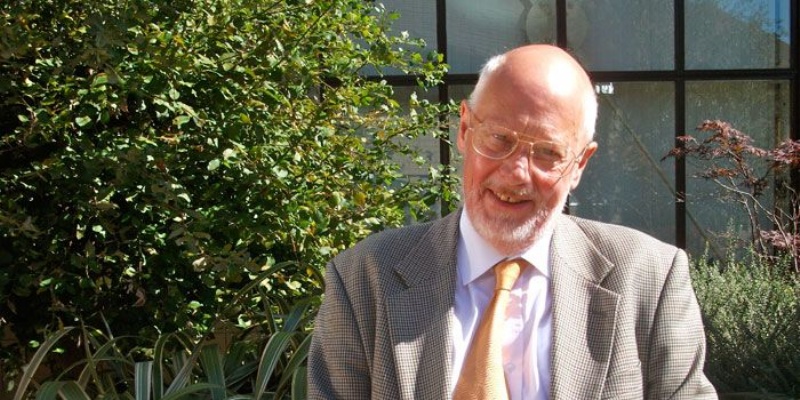 Brooke Weston was such a beacon of educational inspiration that Mr Gerry Witt travelled half way across the country to teach here for his entire 22 years in the profession. He targeted Brooke Weston after reading about its reputation for child-centered and innovative learning, long before such techniques became commonplace.

Its push to drive educational standards and ambitions up, to the extent that a local child winning a place at university was no longer front page news, drew Mr Witt from the south coast to a county that he had knowledge of or links to. Over the years he has taken on many roles, including managing exams and latterly being Head of Sixth Form, guiding students in their choices of university and careers and ensuring that they make the best possible choices in higher education.

He said: ‘A student’s exit is the culmination of seven years of secondary education. That is when they can cash in the good stuff that has happened to them and when the bad stuff that has happened to them, if any, can come back to bite them. If they don’t make a good exit into the world of higher education or the world of work or whatever they want to do, then everything that went before is in danger of being nullified. It is the capstone on their education and is the last service a secondary school provides for its students. If it doesn’t provide that effectively then everything that has gone before doesn’t count for much.’

Mr Witt first got the teaching bug when he taught English as a foreign language after graduating with a history degree from Oxford: ‘Although it was for less than a year I never forgot that I enjoyed it, to wake up in the morning looking forward to the day’s work. Teaching English to foreigners you see the progress hour by hour so it was very satisfying, it’s a passport to travel as well.’

He spent years in travel marketing and travelling the world on business. When his company was bought out, he needed a career change: ‘Teaching was the right move so I spend a year at Reading University doing a teaching qualification and I looked for a job. My real regret is that had I qualified earlier I might have ended up when this was a greenfield site. I know a handful of people who were here and they were literally planning a timetable in Portakabins for a non-existent school for non-existent children. That must have been really quite exciting.

‘When I applied to come here the school was about three years old and it was written up, even in the non-educational press, as being a place that was doing something unique. It was called child-centered learning at the time with students taking control of their own studying and I really liked the sound of it. I had the opportunity to visit. It made me move from the south to a part of the world that meant nothing to me. I specifically moved to come here and I don’t think any other school would have made me do that. It was at the cutting edge and experimental. It was specifically this school that attracted me as it had a different attitude towards learning.

The techniques that were pioneered at Brooke Weston have now been engendered in other Trust schools. Mr Witt said: ‘It is now the centre of a web of schools and that changes it and gives it a more corporate identity. There used to be a stronger feeling than we have today that you were here as rather deprived young people’s only chance in life. That was where the missionary feeling came from and why I am here because this school was parachuted into a place where there was very little academic tradition.

'I have now worked here for 22 years and have seen more than three entire cohorts come through from start to finish. It is scary when you find yourself teaching the child of someone you have taught!

‘History is such a vast subject that you can change the content more or less at will and study the topics that you think will go down best with the students and give them the best chance of success. I have always found that Tudor history works well with youngsters because it has got colourful kings and queens but all the way up to the Sixth form as well because in Tudor history you have got the beginning of the modern world.

‘Brooke Weston has been too big a part of my life for too long for me to say what I am going to miss about it. However I am very confident in handing the Sixth Form over to Mr McNally who will reinvigorate it, keep the best of what we have already done and put his own stamp on it.’