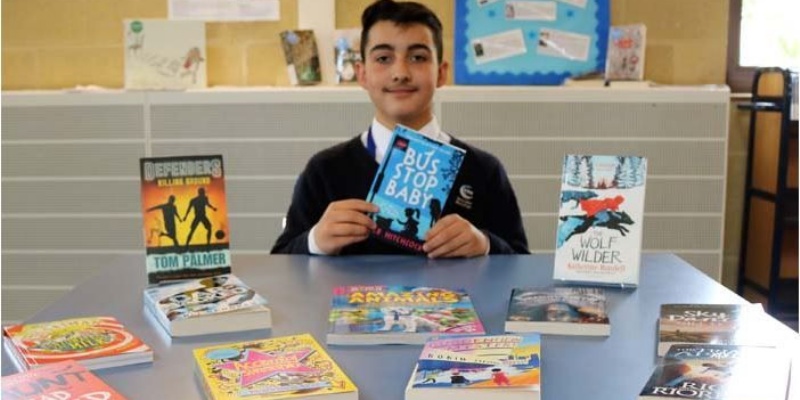 Well done to Year 7 student Adrian Leal Fernandez who has won this year’s Bookbuzz review competition for his review of ‘Bus Stop Baby’.

The competition was open to all Year 7 students, who could submit a review for the Bookbuzz title that they were given at Christmas. It was judged by Librarian Wendy McCabe attracted 46 entries. Adrian received the top prize of a goody bag containing all of the other 14 books in the set. 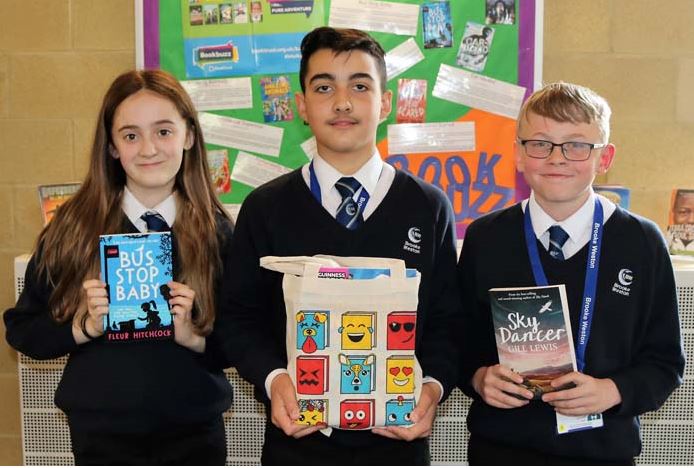 choice from the Bookbuzz selection.

Adrian, from 7K, said: ‘I really liked Bus Stop Baby because there was a mystery in it. It took about two days to write and the hardest thing was thinking about how you would rate it so I didn’t think I was going to win!’

Benjamin said: ‘I did my review on Defenders: Killing Ground by Tom Palmer. It is suitable for people who like football and sports and who are fans of mysteries.’

Amelie said: ‘I chose to write about The Wolf Wilder which is about a girl who takes cares of wolves and trains them. This is my first book review and I did it with some help from my teacher. Everyone should try a book because you don’t know what you will find inside it!’

Librarian Wendy McCabe said: ‘Adrian gave plenty of detail about the book to engage the reader without giving away too much of the plot and its twists. All of the books are still available to borrow from the library and there are lots of details about them on the Bookbuzz display so students should be able to pick out the ones that appeal to them the most.’