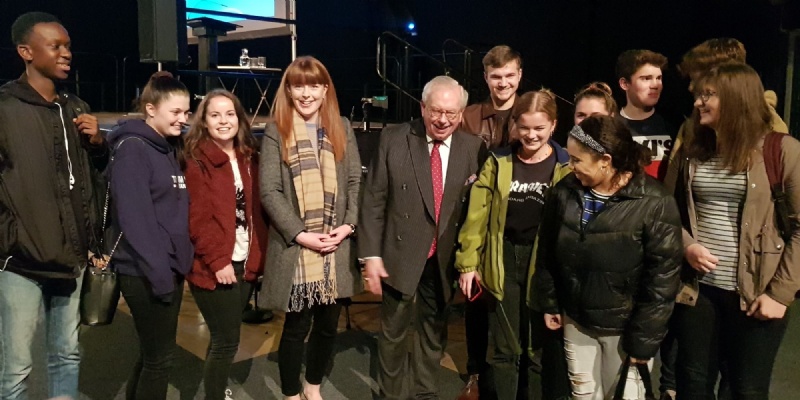 Sixth Formers from Brooke Weston Academy attended a history conference where leading historians, including David Starkey, spoke about the lives and legacy of the Tudor dynasty.

The Year 13 students heard talks by Professor John Morrill of Cambridge University who explored the Reformation of Henry VII and Dr Anna Whitelock, Reader in Early Modern History and Director of the London Centre for Public History and Heritage at Royal Holloway, University of London. 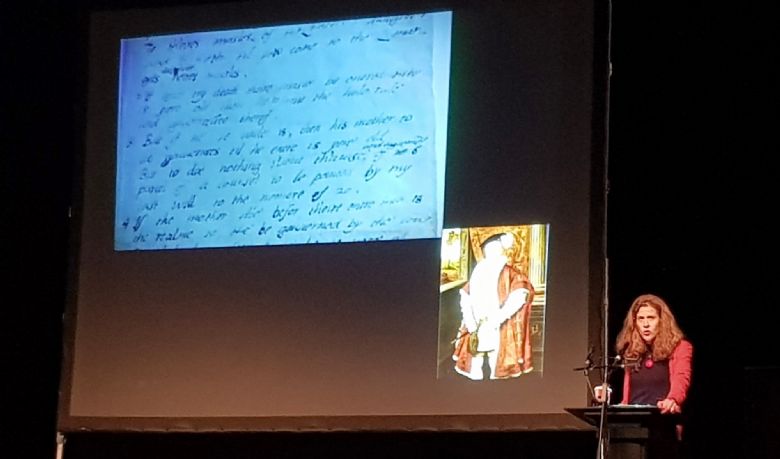 She is also the prizewinning author of ‘Mary Tudor: England’s First Queen’ and ‘Elizabeth’s Bedfellows: An Intimate History of the Queen’s Court’. Dr Whitelock encouraged students to challenge existing conceptions about both Edward VI and Mary I; notably that Edward was not the ‘sickly, weak King’ as often portrayed, nor was Mary I a failing, unsuccessful queen. Students were encouraged to think about the successes of these two monarchs and abandon hindsight, which often influences historical viewpoints. The keynote speaker was renowned TV historian, David Starkey, who discussed the reign of Henry VII and encouraged students to challenge the traditionalist view that he was a ‘miser’ King.

Teacher Adelle Northern said: ‘Our students were fantastic and said how fascinating it was to see historians use evidence to challenge views that are portrayed as facts. It was an excellent opportunity for students to see how history has multiple interpretations and that they themselves are historians who can use evidence to really drive their own arguments about key questions. This conference really challenged their understanding of the Tudors! As a Head of History it was fantastic to see students really ‘grapple’ with these arguments and see their understanding of the Tudors deepen as a consequence.’